I’m back!!! I had a great time with Bosch at their 62nd International Automotive press briefing. I got to drive the (as far as I know) first-ever electric AND autonomous Tesla Model S!

I haven’t put up the video yet, but I got to ride in the blood-curdling Porsche 918 Spyder plug-in hybrid. So much fun.

And, of course, wouldn’t you know it, we wanted to go from Boxberg to Heidelberg by train, and the trains were on strike! We managed to get there 5 hours later by train only because the train company has a deal with the most senior people that they can’t be laid off, but they can’t strike.

This week I drove the Toyota Avalon hybrid and got 36 mpg. The cost of the vehicle I drove was $45,000. The two competitors I would look at are 2015 Lincoln MKZ Hybrid FWD and the 2015 Ford Fusion Hybrid FWD.

I have not had time to update this list, but I will this week. NHTSA has recalled over 34,000,000 cars over the Takata airbag. The best list I have so far is here

You can go to safercar and put your VIN number in and see if your can has been recalled. 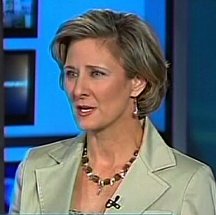