New York – Does the ultra-luxury segment have room for another vehicle?

Johan de Nysschen is betting they do. Mercedes-Benz S-class, BMW 7-series, and Audi A8 are hoping he’s wrong.

De Nysschen is Cadillac’s newest President and well known in the auto industry as the person responsible for turning Audi around. It was why Carlos Ghosn tapped de Nysschen on the shoulder when he needed someone new to help him run Infiniti.

De Nysschen unveiled the 4-door Cadillac CT6 the evening before the New York auto show across the Hudson River at Duggal Greenhouse, Brooklyn Navy Yard setting Cadillac apart from any competitor and jumping on the pre-show buzz.

Just-Lux isn’t luxurious enough to be part of the top three luxury sellers. De Nysschen agreed to take the helm of Cadillac but only with such staunch demands as moving the company from Michigan to New York and to picking his new team.

De Nysschen is not interested in chasing his competitors but rather to incorporate the 112 years of heritage that gave Cadillac its name and a new beginning based on opulent agility, performance, and innovative technology, the pinnacle of premium.

The CT6 is 200 pounds lighter than it’s closest competitors utilizing thirteen different materials including 64 percent aluminum and high-strength steel. Long and sleek the CT6 is rumored to start in the $60,000s and top out before you could buy an S-class or a Cadillac V-series.

The powertrain lineup will include a 3.0-liter twin-turbo V-6 engine, a 2.0-liter turbo engine and new to Cadillac, a naturally aspirated 3.6-liter V-6 engine.

General Motors has increasingly made its car interiors the quietest in the segment, refined elegance with exceptional amenities. Cadillac can pull from its counterparts but has to make Cadillac the luxury car General Motors does not currently have in its portfolio.

Luxury cars are the one-percenters. Luxury cars make-up only 10 percent of the cars sold globally but yield 50 percent of the profits for that manufacturer. The most profitable vehicle in the GM line-up would probably be a truck. The profit margins on trucks are sweet but don’t come close to the profit one can get on a luxury vehicle when it hit’s the sweet spot in the auto industry. De Nysschen told me that Cadillac is profitable, “but it only has about ten years to get it’s act together”.

De Nysschen knows profit. When he was at the helm of Audi, it was Audi and Porsche that Johan says made sixty percent of the profits for all of Volkswagen Group.

The Cadillac CT6 will be the first GM product to receive semiautonomous technology, a technology that all it’s major luxury competitors already have.

Audi has already had an A7 drive from California to Nevada 95 percent autonomously, Mercedes showed the F 015 futuristic silver bullet, it’s a version of the what a car could look like in the future. General Motors’ semiautonomous technology will have hands-free driving allowing the CT6 to take over braking and steering on the highway and in city traffic.

The Cadillac CT6 was produced prior to de Nysschen’s reign. De Nysschen needs a new product that appeals to people that buy the car because they love the car not because they got a good deal on it. That’s not how people buy luxury vehicles.

Strategic Vision just released a study that showed that if a person didn’t love their vehicle they might as well hate them. Not one single Cadillac was on the luxury list. Cadillac may have an in, neither was BMW.

The top-ranking Luxury Cars are

Cadillac says they will be in five new markets soon that they are not in today. There are three SUVs coming soon, a diesel, a plug-in hybrid (PHEV) and a bespoke car that de Nysschen says will be here in 2021. 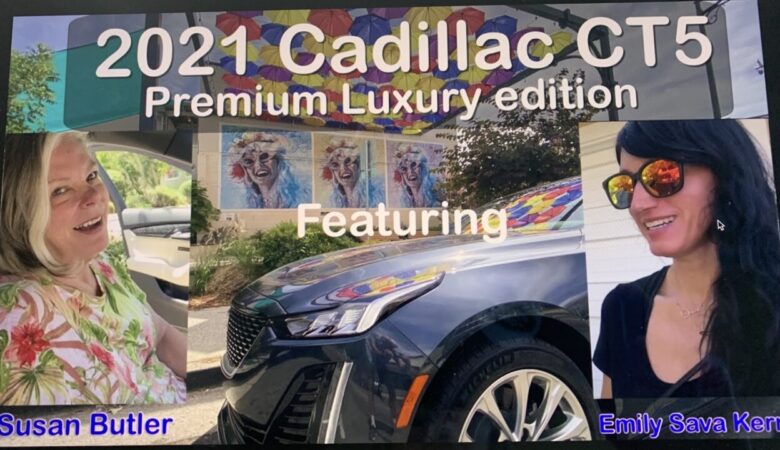