The English Beat Band played backup at the unveiling of the all-new 2017 Subaru Impreza 2.0i Sport Sedan.

Subaru of America will officially be launching the sedan and its 5-door sibling tomorrow during the New York International Auto Show, but tonight fans got to see the first glimpse of the 2017 version at the Altman Building in New York City, New York.

Subaru says they have upgraded in-car technology and designed a more spacious interior to match its sleek new body design. The 2017 Impreza will come standard with the Symmetrical All-Wheel Drive Subaru is known for in all its cars. 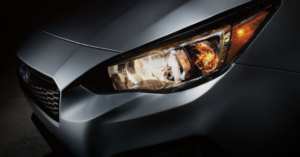