“I love that new 4Runner in your driveway,” was the surprise comment from my neighbor Bobby. Bobby has been my neighbor for two years and has never commented on a single vehicle that has come to my house. She drives a Mercedes-Benz coupe, but she likes the 4Runner.

To be fair, it’s not just a 4Runner; it is the gnarly looking 4Runner TRD Pro in the exclusive Army green color with angles that are cut to showcase the strength of the TRD Pro. All of a sudden, we’re walking to the SUV, and Bobby is telling me about her Toyota 4Runner, “I put almost 300,000 miles on that thing. I loved it!” Bobby is still singing the praises of Toyota’s reliability years after she has sold the SUV and is driving a sportscar. 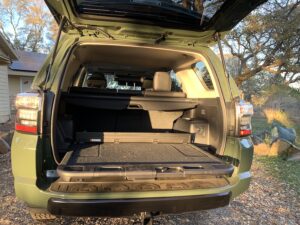 The exclamations continued as we opened the back of the SUV and found a sliding rear cargo deck. There will be no more wrenching of your back as you heave your body into the depths of the cargo area to retrieve your goods. A click of a lever and the sliding deck eases out while you load your cargo, and eases back in without a single pinch in your side.

The body-on-frame SUV still houses the 4.0-liter V-6 engine that produces the same 270 horsepower and 278 lb-ft of torque as before. The five-speed automatic sends the power to the rear or all four wheels, depending on which transmission you get.

Driving off-road can be a little daunting, but Toyota has made it easy. As I start off-road, I notice that right in front of me above the rear mirror are the buttons that allow me to go into low, high, rock control. I shift to neutral, change the mode, and climb over a rock with ease as the Fox shocks do their job. The 2020 4Runner TRD Pro behaves pretty much the same as the 2019 model, but the new TRD cat-back exhaust sounds a little better than last year’s model.

Going down the hill was easy as the Crawl Control took away some of the stress. The hill was steeper than I thought, so I used the crawl control, selecting a speed under 5 miles. All I needed to do after that was control the steering, and I was back on level ground in no time safe and sound. 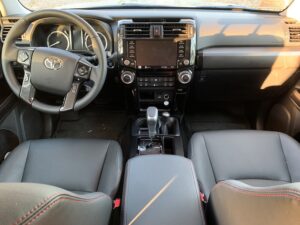 Speaking of safety, standard on the 4Runner is the suite of safety technologies called Toyota Safety Sense P (TTS-P). TTS-P is part of the street package that keeps you out of trouble. Some of the standard equipment includes a pre-collision system with pedestrian detection, lane departure alert, automatic high-beams, and adaptive cruise control.

Updated for 2020 on the interior is the new multimedia system with an 8.0-inch touchscreen (two-inches bigger) compatible with Apple CarPlay, Android Auto, and Amazon Alexa that you can listen to through the Standard Premium JBL Audio system. Left of the seat warmers, a push-button allows you to control the back window.

The TRD Pro is a beloved machine by the off-roaders. They want the vehicle to look like it belongs in the wild, and Toyota has obliged. There is a unique front grille with black TRD PRO external hard badges. The mats are embossed with tire tracks for the tough-guy look.

The Toyota 4Runner TRD Pro is on sale now, and the 2020 model year was worth the wait. 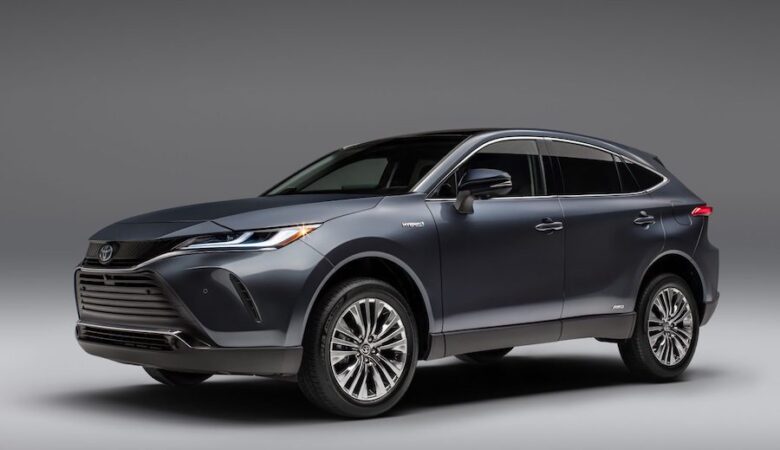 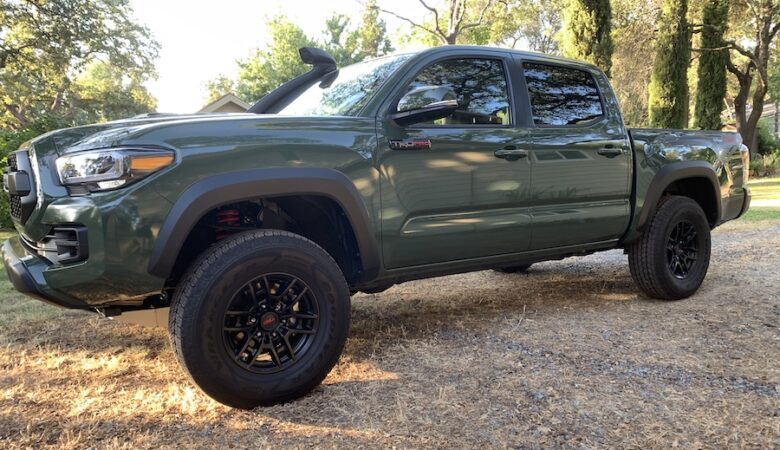