A dinner, A promise, A dealership in Mexico

A promise is a promise

At a BMW dinner introducing the BMW 7-Series, I sat next to BMW’s CEO and President of North America. Most of the evening was spent talking shop, but Willisch and I have become friends over the years, and we talked about family and schedules. Willisch would be heading home to his wife that evening, but his schedule started at 5 am the next day. His wife would still be up that night when Willisch got home, a ritual they had sustained for over thirty years. 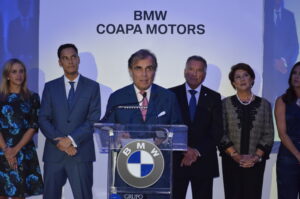 A dinner, A promise, A dealership – BMW’s President & CEO goes to Mexico

Willisch, like most CEOs and Presidents of car companies, keeps a tight schedule and is juggling all aspects of a major car brand. Willisch was heading off to Mexico City to open a car dealership. I inquired as to why Willisch would go all the way to a car opening in Mexico, “because I promised him that if he opened the dealership I would come to the opening.”

Sure enough, Willisch got his five hours of sleep the next day, made all his meetings and flew to Mexico and on the night of September 3 helped inaugurate Villa Coapa.

Part of the reason Willisch flew to Mexico to be at the opening with 250 guests and members of the Contreras family Casarín was the array of products that will be offered. 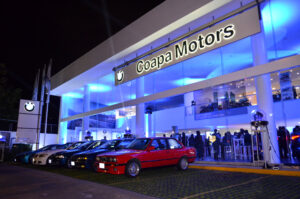 An array of product offering in Mexico

The United States is a well-established market, but the Mexican market still has a lot of room to grow.

BMW Motorrad will carry BMW and MINI and will have a space to accommodate 14 places for the exhibition of motorcycles, workshops with a ramp and three ramps for diagnostic workspace for 12 motorcycles in process and equipment exhibitor riders.

BMW’s sub-brand, BMW-i, will have a presence at Coapa Motors BMW (BMW Motors) as well. There will be an area for recharging cars that are part of the BMWi sub-brand: BMW i3 and BMW i8.

The expansion of BMW will continue into the area of Coapa, Tlalpan Churubusco, Xochimilco and the southern area of Coyoacan. 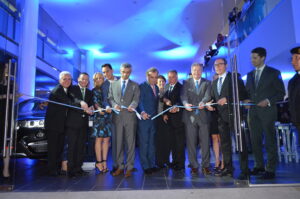 A dinner, A promise, A dealership – BMW’s President & CEO goes to Mexico

Willisch returned to the United States the next day, to more meetings, more dinners, more promises and to his wife.