Formula 1 already has an electric race, and competition using only internal combustion engines, but the real race for all energies is the Shell Eco-marathon makes the future race. The contest has many rules, but the most intriguing is that each team can decide what type of energy they want to run in their vehicle.

Five cars passed all the hurdles and won the right to race for the goal; crossing the pond to London to race in the Drivers’ World Championship Grand Final Title. There were three internal combustion engines in the regional race, two gasoline, one diesel. There was a hydrogen vehicle and a battery-electric vehicle.

Everyone in the stands knew that last year’s winner, Saint Thomas Academy was the team to beat. Somehow they had drawn the short stick and ended up at the back of the pack. Ninety-nine vehicles representing ninety-nine high schools or Universities competed over the Earth Day weekend to win a chance in the playoffs that will happen in London July 5-8, 2018.

More than 1,200 students from nine different countries, Argentina, Brazil, Canada, Colombia, Ecuador, Guatemala, Mexico, Peru, and the United States transported every shape of vehicle you could imagine, made from anything from hockey sticks to 3-D printing, and duct tape, lots and lots of duct tape.

Five different energies were used; Gasoline (43) battery-electric (31), Hydrogen (13), diesel (7), and Ethanol (5). There were two categories; Urbanconcept and prototype. Norman Koch, Global manager of Make the Future and Shell Eco-marathon explained that the Prototype is any conceptual vehicle, including the driver laying down in a pod. The prototypes are concept cars and aren’t meant for racing, mainly because of safety reasons.

The Urbanconcept is meant for racing so they must emulate roadworthy cars that include a door, steering wheel, lights, horn, upright seating position, windshield wiper and they need to be wet weather suitable.

The Regional Race to London:

Four of the energies competed in the regionals, diesel, gasoline, BEV, and hydrogen. The placement in the race was drawn, and Saint Thomas drew the short straw ending at the back of the pack.

If it were me, I would have made a deal with the rest of the teams to block Saint Thomas. They were the last team on the track and if the other teams had strategized it could have thrown Saint Thomas off their game. That didn’t happen. With horns a blazing Saint Thomas took advantage of all the low-end torque an electric vehicle had and made the bold move of skirting through the traffic to gain first right away.

At the same time that Saint Thomas was breaking away from the pack, Wawasee High School was falling behind. Sadly, something went wrong with the diesel vehicle, and they barely made it over the start line before they were finished.

There were only four remaining teams; Saint Thomas, Saskatchewan Polytechnic, CNS Performance Engineering, and Mater Dei Supermileage. The first three that finished the regionals would be going to London to the Drivers’ World Championship Grand Final Title. The line-up stayed this way for the next six laps. We could hear the pit person talking to the drivers in the last two cars, the hydrogen CNS driver going as fast as they could, pedal to the metal they could only get 23 miles per hour. All the pit crew could do was encourage them to keep going. At the same time, Saint Thomas was getting a warning that they might be going over the allotted forty miles per hour. Would Saint Thomas be penalized?

In the end, on the final lap, CNS Performance Engineering didn’t have enough power, and Mater Dei Supermileage passed CNS to come in third.

The three teams going to London are; 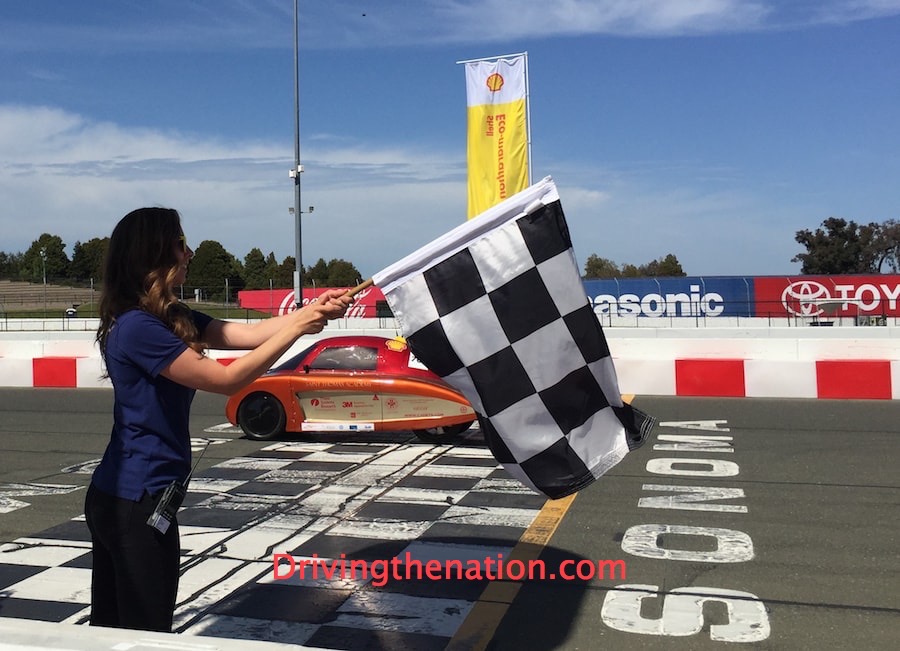 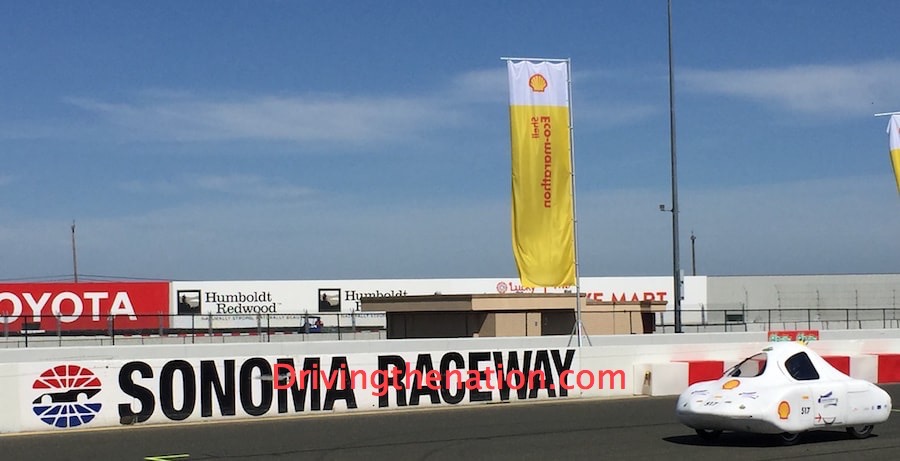 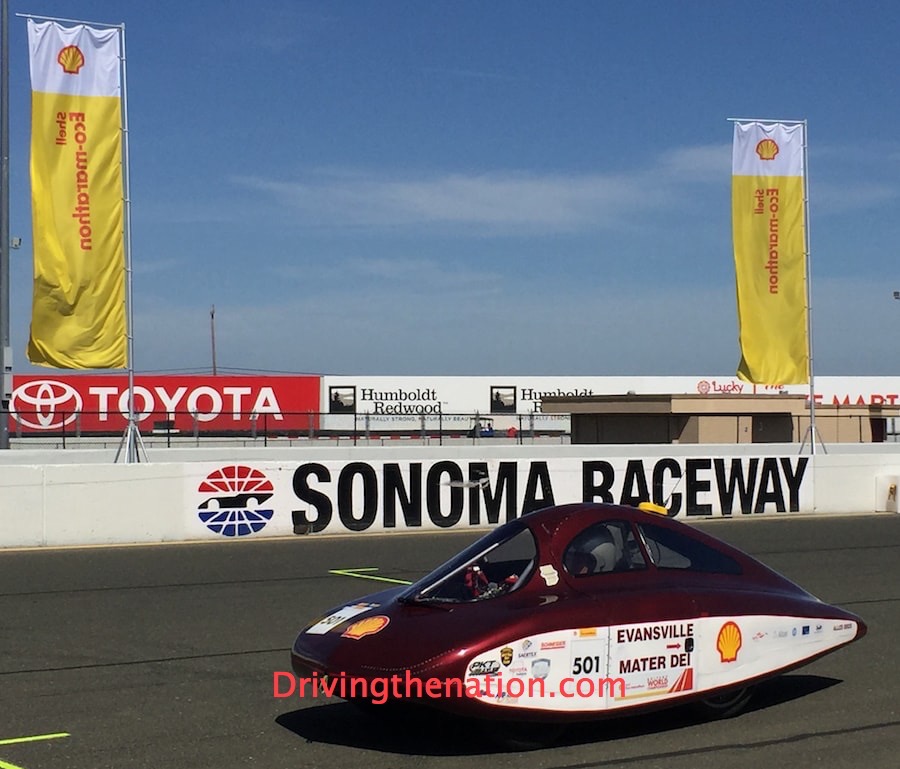 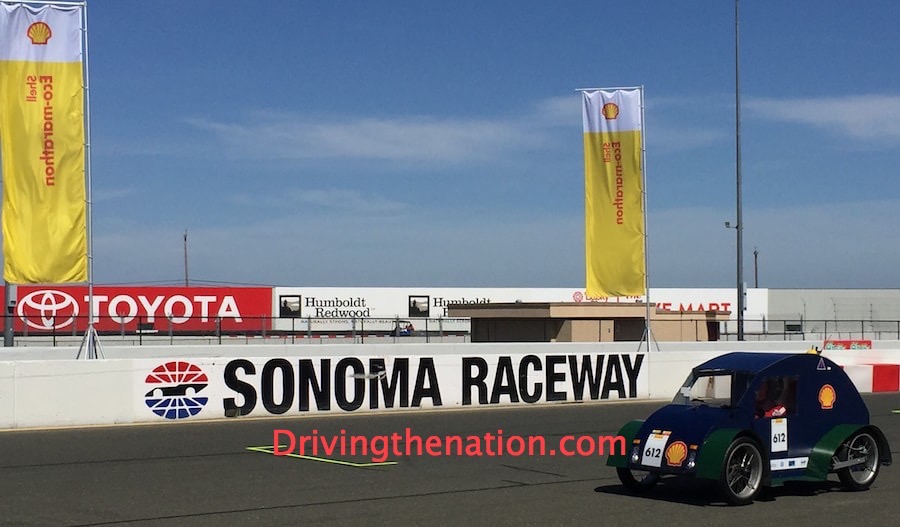 The winner of the London race will have the exclusive opportunity for a once-in-a-lifetime experience at the home of Scuderia Ferrari in Italy. Unless you’re Saint Thomas Academy, then it would be a twice-in-a-lifetime as they won last year.

The Americas winners in each class follow, based on the vehicle class and energy category:

Teams also won prizes for their work off-track, in the following categories: 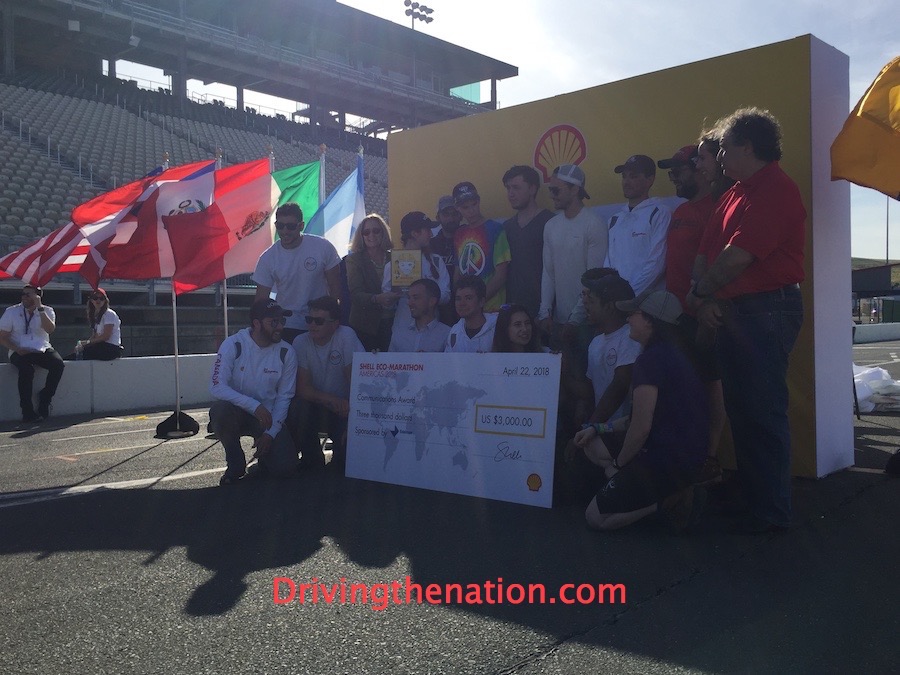