Kudlow asked Johnson about the consumer loans, and the effect of loans on car buying. General Motors sub-prime lending, according to Johnson in the conference call, is running around 4-5%. This is a good thing. People who have better credit ratings tend to pay their bills. Hence, General Motors will have fewer cars they have to foreclose on.

Johnson calls this a continuation of good numbers running up to the end of the year.

Is there a correlation between pickup sales and construction starts, or small businesses? With housing weak we’re looking for signs that construction could be coming back.

The industry average of days on the lot is about 60 days. Most of GM products are around 70, except cars. Any incentives to be given?

What did you do to make GM more competitive?

What will be done to pay down the rest of the government loan?

Does GM see a hesitation in sales because of the bailout?

What are the best selling cars for GM?

How are Volt sales?

What does Johnson want to see for 2011 annual sales?

What economic indicators are there for 2011?

When are the next round of labor negotiations?

Is there a generational change inside General Motors? (At the end I said I spent the day with a 28-year old engineer named Trent driving the Volt. Trent was one engineer, but Kevin was the one we drove with all day) 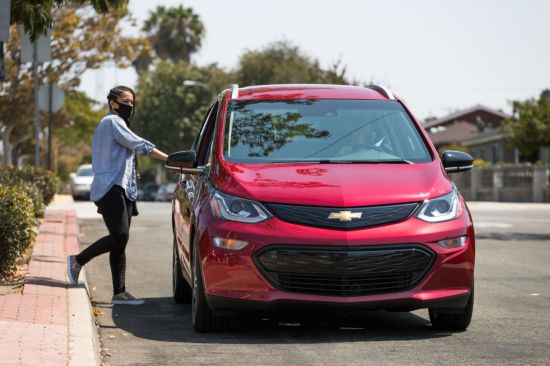 Uber and General Motors go electric in CA and CO