At the Washington Auto Show, there was a plenary session of countries talking about the advancements each Nation has made in self-driving cars and transportation.

The Ministry of Economy for the United Arab Emirates, Talal M. Al Kaissi, and counterparts from Germany, South Korea, and other countries exchanged ideas on emerging trends in autonomous driving during the two-day MobilityTalks International event.

Kaissi announced a challenge in Dubai for self-driving cars in Dubai. The event will be the first of its kind in Dubai and the Middle East. Hosted by the Dubai Road and Transportation Authority (RTA) the conference and challenge will take place in cooperation with Khalifa City and NewCities Foundation.

Why would Dubai have a challenge for mobility?

Kaissi repeated a goal stated by His Highness Sheikh Mohammad Bin Rashid Al Maktoum, Vice President and Prime Minister of the UAE and Ruler of Dubai, “By 2030, 25 percent of all transportation TRIPS in Dubai will be smart and driverless. The strategy is projected to generate economic revenues and savings of up to AED 22 billion a year.”

Kaissi said, “The Dubai World Challenge for self-driving transport will be the largest international tender for companies and research and development centers to implement scenarios and applications of this technology on Dubai roads.” This challenge will put Dubai on the map for self-driving technology in the Middle East.

The goal of the challenge, according to RTA, is to raise awareness of modern and future technologies of transport. It seeks to identify the impact of technology on investments and various transport strategies and will have a challenge for the advancement of self-driving transportation with prizes worth more than USD 5 million.

The planning for the competition started in 2017 at the LA CoMotion Congress.
There will be different levels of competition during the global Challenge aimed at broadening the use of Self-driving Transport. Dubai already sees traffic congestion, low public transport ridership, and the first and last-mile challenge, to ensure the traveling of riders to their final destinations and wants to create the competition to find solutions to these problems in their country and the world.

“The Dubai World Challenge for Self-driving Transport is the first of its kind worldwide and the most sophisticated one. Most similar contests focused only on local suppliers and at a limited scale. The Dubai Challenge will be the largest global platform for companies, universities and R&D centers to roll out driverless transport scenarios and applications on Dubai roads.

The substantial dollar prizes are a signal of the desire by Dubai to be taken seriously. The prizes are targeted to mega companies, startups, and local and global universities. USD 3 million will be set to lead companies category, and USD 1.5 million will be set for startups. USD 600,000 will be allocated to universities and academia (USD 300,000 for local and international universities apiece). Judging will be assessed by International experts in the smart mobility arena, based on set technical criteria.

“KUCARS will be structured around the following three themes: Robotics for Infrastructure Inspection (R4II), Robotics for Extreme Environments (R4EE), and Robotics for Industrial Applications (R4IA). These themes will address, in an integrative manner, some of the key technology challenges in robotics, including robust autonomy in dynamic and unstructured environments, sensing and artificial perception, embodied artificial intelligence, sense and avoid robot navigation based on onboard sensing, and vision-based control among others,” added Al Hammadi.

HE Dr. Arif Al Hammadi, Interim Executive Vice President of Khalifa University, Co-organizer of the Congress, said, “Khalifa University (KU) strives to play a key role in advancing innovation in the robotics field, not just locally, but globally. Khalifa University is home to the region’s top robotic research institute (KURI), which now has 25 robotics researchers, in addition to a range of other multi-disciplinary state-of-the-art research facilities including the Visual Signal Processing and Analysis (VSAP) Center and advanced labs across its campuses. The University has launched the USD 5 million Mohamed Bin Zayed International Robotics Challenge Award with the goal to attract the brightest minds in robotics attending from around the world.” 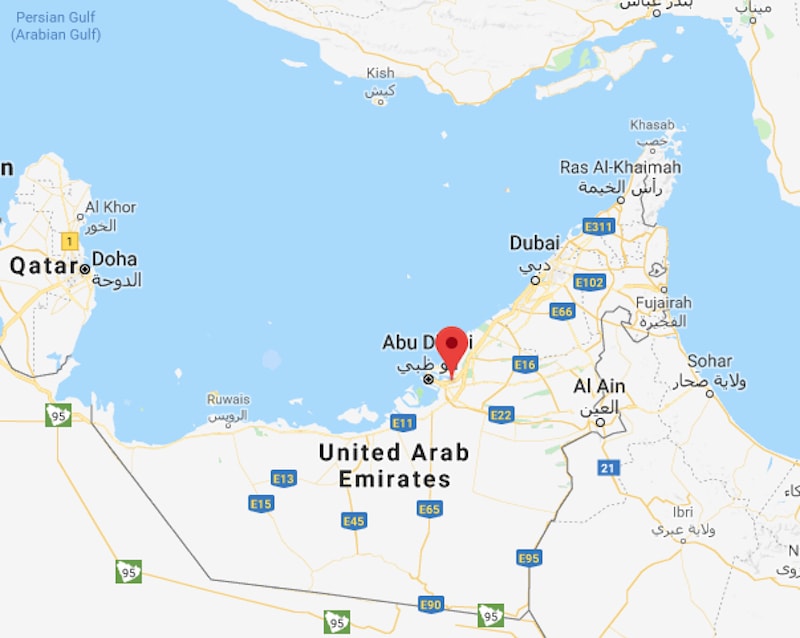 “KU used to hold strategic partnerships with industry bodies to transform the innovation in research into tangible, real-life applications that contribute to making the UAE a leader in advancing the future technologies, and self-driving. KU will create an expanded center of excellence in robotics with potential for international impact in cooperation with a host of experienced researchers in robotics-related research activities within the three KU campuses, to create a Robotics center of excellence in the UAE able to compete with the best labs in the world.”

HE John Rossant, Chairman of NewCities Foundation and Director of LA CoMotion Congress, said, “Dubai is one of the most innovative cities in the world and the most forward-looking city regarding mobility. Dubai is also keen to predict and shape the future of urban mobility. The city is a leader in driving innovation, and there is no better example of this than the Dubai World Challenge for Self-Driving Transport that starts this month.”

“The Dubai World Autonomous Transportation Challenge offers a unique opportunity to showcase the pioneering innovations and solutions stemming from the Dubai and the United Arab Emirates to promote their vision and policies for transportation of tomorrow. Attracting and engaging the most influential global experts in speaking about the future of self-driving transport, we strongly believe this event will make Dubai a leading city in implementing and introducing self-driving transportation systems.”

“Urban mobility is driving change in cities around the world, and the incredible rate of innovation in recent years has redefined our experience in urban areas. Advancements in urban transportation – from Mobility as a Service to autonomous vehicles – will transform the urban world as we know it. We believe that cities that move effectively – and equitably – will be the real power players and the mobility revolution is well underway,” he added.”