A friend went to the Geneva Motor Show and came back with some photos of cars that struck them. A couple of the cars were concepts, others will only be seen in Europe, a couple will make it to the shores of the United States of America. The cars are a mix of mainstream and expensive stunning cars.

The first was the most beautiful “Italdesign Automobili Speciali” brand, the Moncalieri based company unveiled its first ultra-limited series car with only five units to be built by the end of 2017. A mixture of carbon and aluminum chassis with a 5.2-liter V10 engine under the hood. All of that is fast and furious, AND you get an Italian Gran Turismo tradition design. Imagine, a fast and furious supercar, only five will be made and they are designed by Italdesign’s Head of Innovation Design, Filippo Perini. Priceless! 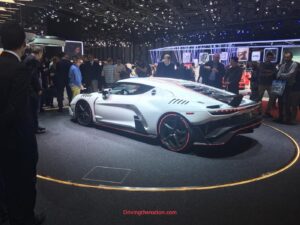