I met Pekka Tefke, President of Volvo Oy Ab (Finland), at the 2005 North American International Auto Show in Detroit, MI. Tefke was astonished that the auto show of the year was “all the buzz about environmental concerns.” The show was also about not using as much oil, keeping the fun in functionality and still making money.

Finland is the most educated country per capita, partly because university education is free in Finland. The Finnish believe that since they are such a small population they need all the resources they can get, including education and women. Women are on equal par with men in Finland, having had their voting rights since 1920. This highly educated country is the home of the cellphone company Nokia. Ford, the number one selling vehicle Manufacturer in Finland, has started putting Nokia’s phone capabilities in their car. Nokia’s CEO, Jorma Ollila, sit’s on the board of Ford Motor Co.

According to Tefke Finland was part of Sweden for 600 years and before that, they were part of Russia for 100 years before that. Tefkes father fought in the Finnish “Winter War” from 1939-1940 during World War II on the border of Russia with help from the Germans. Stalin was keen to get Finland and in 1941-1944 refought Finland for border rights. Border rights and seaways are critical to a country that has to depend on other countries to get it’s good to them. Especially if you are Russia and used to fighting or cutting off oil supply to get what you want from a country.

The 90s were an expensive period for Finland. The fall of the Soviet Union was a blow to the Finnish trade. Dealerships were financed and when the Soviet Union fell, trade fell, and one-third of the dealerships went bankrupt. The dealerships that are still in business are doing better, but very few are stand-alone car dealerships. Finland is slowly building its trade with Russia back with Russia, but it will need to make up the ground it has lost in the past and the current decline in car production in Finland.

According to Marc Engelen, President, Volvo Cars of Belgium, Volvo owns 37 percent of the Volvo XC90 SUV segment in Belgium and Holland. Ten percent of the marketshare of Finland is Volvo. Five percent of the Russias market is owned by Volvo. Engelen thinks Volvo could increase its Russian market to 20,000 units by 2010 if Russia’s economy continues to grow at the pace it is now.

At first glance, one wonders if Finland could produce automobiles in Finland and export to Russia. This would not work. The Munmaarsk Sea is frozen from October through April and Russia already has manufacturing plants in St. Petersburg. Volvo has three options; they can ship Swedish produced Volvos around the Mediterranean Sea through the Black Sea to Russia, or they can build Volvos in the Ford plant in St. Petersburg. The third option is the current process which is by train. According to Engelen Europe has an excellent train system that can ship directly to Russia.

Hyundai was the first company in sales, then Toyota and then Ford. Market experts said European carmaker’s sales in Russia could grow faster in 2005 if they switch back to pricing in U.S. dollars, a much more popular currency with Russians than the euro.

Russiajournal.com printed that car production increased by 10.6 percent in Russia in the first ten months of this year compared to the corresponding period of 2003, which is what the Federal State Statistics Service reported. Some 931,000 cars were manufactured from January to October 2004. About 92,000 cars were assembled last month, which was 5.2 percent lower than in October 2003. 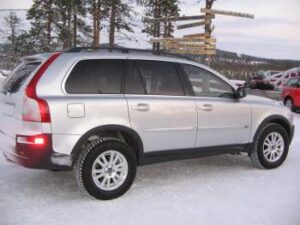 period, a 5.8-percent gain. Finland is a country whose total automotive population is a little over 2.2 million, and only 147,000 cars are sold a year. They tax their cars heavily to discourage sales which in turn discourages more dependence on Russian oil. They also sell their cars in Euro, something Russia discourages.

It doesn’t matter how many cars are on the road or how many are being sold, both the United States and Finland are concerned with the environment and getting off the dependence on foreign oil. The consensus is Americans want to reduce their dependence on Middle East oil because they harbor terrorists that kill them. Finland and the Baltic states are at odds with Russian oil much the same way Americans are with the Middle East. The former Soviet Union, now Russia has ruled many of these countries in the past, and many resent the past decades of oppression. They fear that Russia wants to regain some of it’s lost power. Case in point, Russia, and Finland are still fighting over a strip of land that both say they own. Russia, to date, has not been against bullying companies or countries while trying to regain power. Yukos corporation, once known as the European oil company that modeled itself after Western oil companies are being dragged through the courts and, according to many recent newspaper articles, will probably end up in the hands of a company owned by the Kremlin, or a company that defers to the Kremlin.

Russia does not need Finland to ship its vehicles to Russia. In fact, Finland is losing production. Valmet, a manufacturing firm in Finland lost it’s Saab contract recently and is currently only producing Porsches. While the entire production of cars in East and Central Europe only dropped by 22 percent, Finland’s production took a nosedive of 145 percent in the first three-quarter from 2003 to 2004. American manufacturers have said that for every job lost in manufacturing, seven are lost downstream. If that is the case, Finland’s economy had taken a sharp hit last year. Each woman I talked to that was in the working sector, whether it was at the hotel or the airport, was working away from home. I’m not talking commuting to and from work each day, I’m talking about driving three hours on Monday to work and staying there until Thursday and commuting back.

I used to buy and sell oil in the late 70s and early 80s. Although the world has changed exponentially, oil commodities trading remains constant. Oil and automobiles are the number one Gross Domestic Product (GDP) for many countries. What one country thinks of as business practice another thinks of as bribery and corruption. Because of this difference in the oil business globally, the United States created FASB #19 – the Financial Accounting Standards Board regulation that makes foreign bribery illegal for American companies.

One has to acknowledge Russia when they talk about Finland because most of Finland’s imported oil comes from Russia. To say that there is a love/hate relationship with Russia is being overzealous in using the word love. The Economist quoted Transparency International as ranking Russian firms as number 1 in the propensity of companies to offer bribes. That’s above China! Finland still goes on a handshake to solidify a deal – their word is a contract. The two countries couldn’t be further apart in the way they do business.

Finland is going to have to look to other parts of the world for help in growing their automotive business. Finland is talking about creating energy from its forest industry in the form of biomass so that it can lessen its dependence on Russian oil. Instead, they may want to restructure the way taxation on their vehicles so that more vehicles can be purchased and more manufacturers are willing to produce cars in Finland. Finland may want to start looking at different ways of trading with Russia. China is receiving the majority of attention in America’s media for its growth, but Russia and India are right on its heels, and Finland could profit from Russias increase in good fortune.

Finland may want to look west, to the rest of Europe and the United States first. Russia/Putin has to decide whether he wants to be in power or have a powerful nation. That could be a long drawn out soul search. 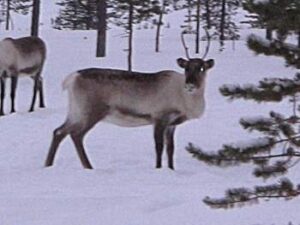