For the love of Patrick, put your cart back

Put your shopping cart back!

All of us have pet peeves, my pet peeve is water on a countertop, especially in a bathroom. Standing water full of bacteria just waiting to make me ill.

My friend, Patrick Hespen, pet peeve is people that can’t be bothered to put a shopping cart away in the cart bin after using it. Hespen said that the inability of a person to do such a simple task as putting away a shopping cart is the epitome of laziness. 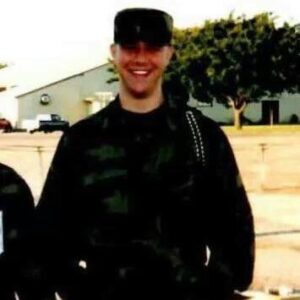 Before Patrick became part of the auto industry, he was in the military. Maybe it is because of his military training, maybe he is right; it is a sense of laziness or entitlement that has permeated America.

It was only a post on Patrick’s Facebook, but it struck me so soundly because I didn’t put my shopping cart away. I didn’t even think about it. I would unload my groceries and walk the cart to the bin if it was a couple of car slots close to me; otherwise, I would push it over the lip of a flowerbed curb so that it wouldn’t roll back and hit someone else’s car.

There are many little dings and dents on cars that have been hit by rolling shopping carts. One doesn’t report the accident to the police or their insurance company, but it’s a dastardly dent, especially on a newer car. I would bet that it is probably one of the first dings of passage on a new car, a nick from a shopping cart from someone that didn’t care enough to put the cart back in its bin.

If it weren’t for Patrick, I wouldn’t have given it a second thought, but I do now. Every time I go to a store I look for a spot close to the cart bin, or I walk the cart back to the bin. Sometimes I even stop and take the shopping cart from a person that has finished putting their groceries away and take it from them.

For the love of Patrick, put your shopping cart back when you’re through.