From Placer to Paradise We’ve got your backs

It was an innocuous Facebook post as I sipped my first cup of coffee on November 8, 2018, “All lanes of Skyway open only to southbound traffic. Full evac.” My one-word question Why? was answered with the answer all of Californians dread. There was a major fire, weather spotters were giving details, but power was going down fast. The town of Paradise was burned to the ground taking eighty-five souls to the heavens and displacing an entire town.

The first week everyone all over Northern California was scrambling. The air quality was ranging from 56 to 856. We sent our friends from Paradise a box of face masks to their new home in Chico. We ended up having to buy some for ourselves. The San Francisco air looked like China, and San Franciscans were donning the masks as their air quality ranged in the 150-200. My friends from Paradise had no idea if their house was burned down, but they were safe. It was the same story time and again, a sense of gratitude for getting out alive, and a sense of loss. 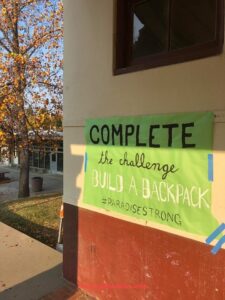 There but for the grace of God go I am more than a phrase, it is a way of life in California. Each person that lives here knows this loss could have been theirs. The donations started coming in, doors opening for free, food by the tons. Butte County Fairgrounds in Gridley was set up as one of the animal rescue centers. I met my friend Michale from Paradise there, and we got to work. Michale and his father lost everything, including his chickens. We saw hundreds of animals that were displaced, some burnt. While I was there, we got plastic pallets sent up to put the hay and food on, instead of the ground. The rain was coming in thirty-six hours. It was a race against time.

At the same time that animals were being taken care of families realized that the schools had burned down. The school season was supposed to start next week, and there was nowhere to go and no school supplies. A group of Placer High School teachers and students got together and started what I affectionately call Paradise: We’ve got your backs. It was a challenge to see how many donated backpacks the group could fill with school supplies. 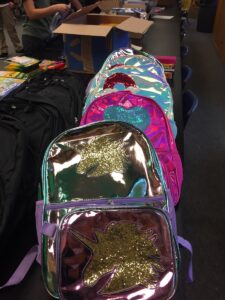 from California’s Laura to Florida’s Glinda who donated backpacks

The Facebook post was shared thousands of times. People sent backpacks from all over the United States. A military wife, Laura, whose husband is stationed in Japan sent backpacks and supplies, “What motivated me? Love. Isn’t that what it always is, bottom line? That and gratitude. I want to show love and support for people like Shannon (one of the teachers that started the backpack challenge at Placer High School) who are determined to make things better.”

The sentiment was the same from California’s Laura to Florida’s Glinda, both of whom donated backpacks. People were reflecting on how blessed they are in their lives. They wanted to share with those children who lost so much especially during the holidays. And they did, hundreds of backpacks flowed in, tons of school supplies for the teachers and students. 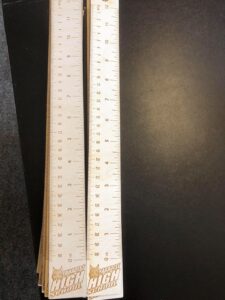 The Placer High School wood shop made the rulers in the backpacks.

Within days the Paradise area was telling people they couldn’t take more clothing donations. They needed cash for everything from food to gas to a hotel. So people started having yard sales in Placer County. Debbie had a yard sale and gave all $600 to Shannon to purchase gift cards, to put in the backpacks for the students. Shannon rattled off names and groups that have given gift cards and supplies; The Placer County Farm Bureau, Lara gave more cash from a garage sale, Walker’s office supplies contributed school supplies. The Placer High School woodshop made the rulers in the backpacks. Everyone wanted to help. 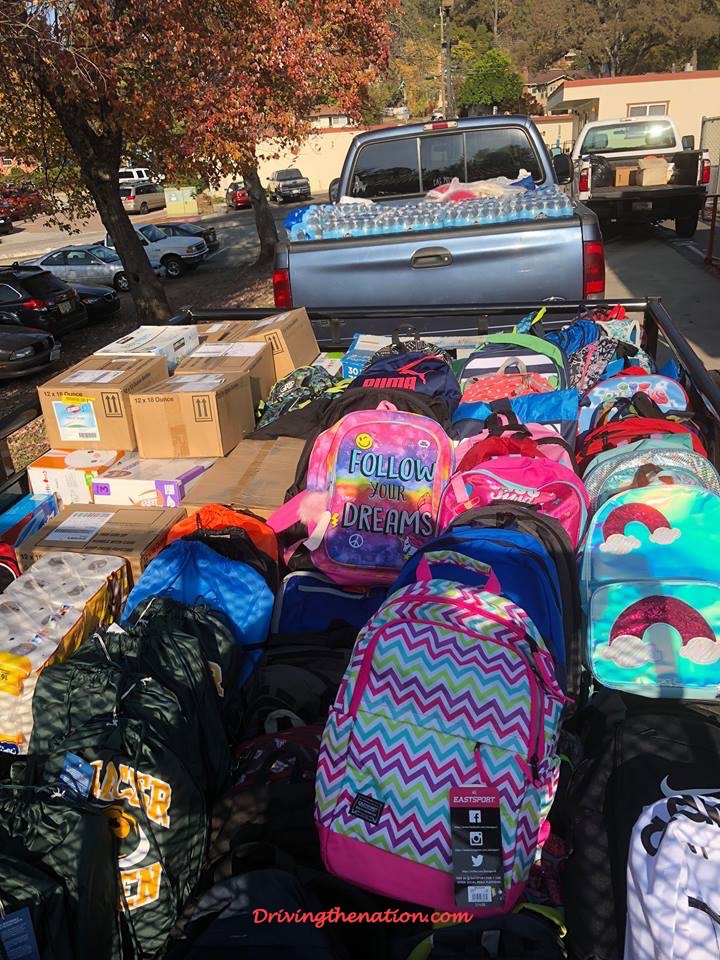 The first school to receive the backpacks was Gridley High School

The first school to receive the backpacks was Gridley High School. The second stop was up in Chico by the airport for the rest of the backpacks and leftover donations to a group that was seeing 300-400 families/day come through for items. The students talked to people in Butte County when they gifted the backpacks to them. One student told me that the people couldn’t believe that so many people were giving so much, “it gives them a sense of normalcy in their lives when everything else is so chaotic.” 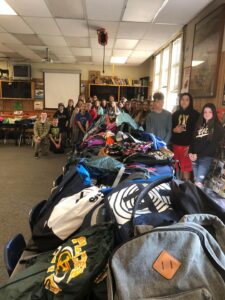 the Agricultural Leadership and Communications group

Jack, Corryn, Maddie, and the rest of the leadership students simplified what the affected students needed and worked on this one task. The students were not amazed that they were helping, they were amazed that people as far away as Japan were sending supplies and gift cards. It was the power of social media, but the teachers and students in Placer County started the challenge.

Shannon said the Superintendent of Paradise schools has been instrumental in taking care of the students and the staff. These backpacks full of supplies from students in Placer County to students in Butte County is a bridge over troubled waters that, sometimes, can only be done between the people that know what is needed, whether it is a teacher or a student.

The biggest lesson for the leadership communications group is that leadership is not about telling someone what to do. Leadership is about creating hope in the face of fear. 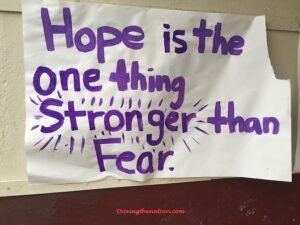 Leadership is about creating hope in the face of fear 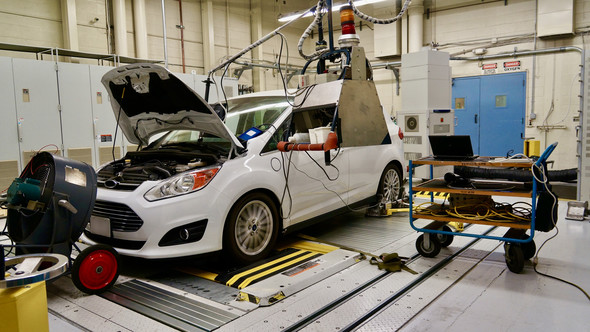 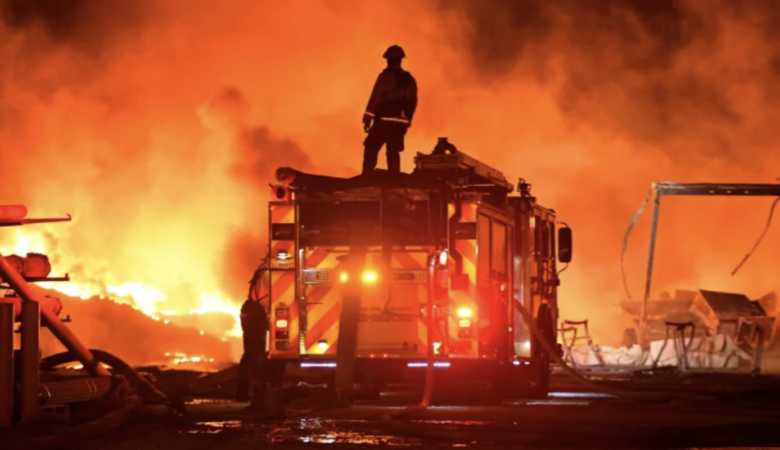 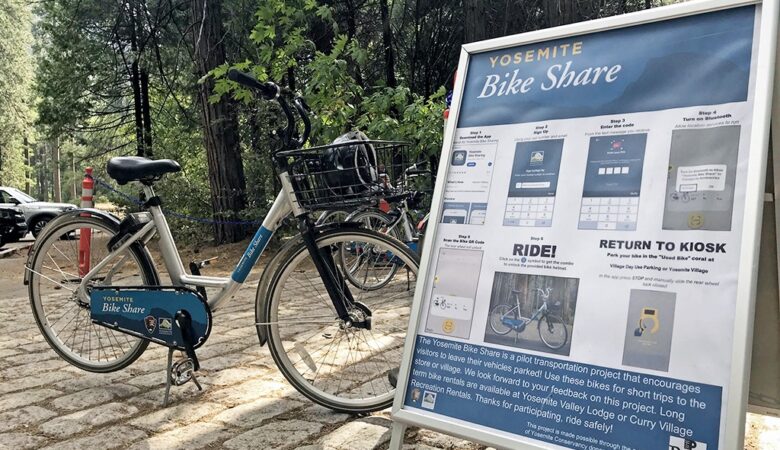 Park your car at Yosemite and bikeshare