Global standards are global people working together for a common cause of economics and efficiency, but are profits of one company more important than national standardization of state standardization for the good of all people?

It’s a challenge for car companies to know what to do when every four years there is a wild swing from one side of the environmental pendulum to the other side. It’s just as much of a quandary when the companies have to navigate State regulations, Federal regulations, and Global initiatives.

California has signed SB32, Senate Bill 32 that extends California’s targets for reducing greenhouse gasses from 2020 to 2030. This bill, along with AB 197, extends the goal to reduce emissions from the 1990 levels by another 40% by 2030. It is the goal of California to have near Zero-Emission Vehicles (ZEV) and ZEV vehicles only on California’s road by 2050.

As of December 2016, almost 200 Countries have signed the Paris Agreement, COP21, the world’s first comprehensive climate agreement. Certainly, cars will come into play as society tries to find a way to reduce carbon pollution.

President-elect Donald Trump will nominate Oklahoma Attorney General Scott Pruitt to head the Environmental Protection Agency (EPA).
Pruitt has a legal action against the Clean Power Plan, an Obama initiative to reduce America’s carbon emissions. To some Scott Pruitt will block the advances to climate change that have been made by all countries. To others, Pruitt will clean the EPA budget of the pork belly.

California’s electricity is produced mainly through natural gas, while the East Coast receives electricity through coal. That electricity is the backbone of each household and what could be used to energize your electric vehicles. While there are global and national standards for building automobiles and electrifying your home, producing electricity is still regional. 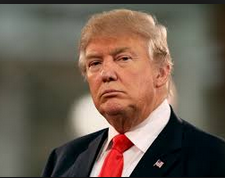 President-elect Donald Trump has promised to bring coal back

President-elect Donald Trump has promised to bring coal back. According to IEA’s latest coal forecast growth in global coal, demand will stall over the next five years as the appetite for the fuel wanes and other energy sources gain ground.

The IEA said that the world is still highly dependent on coal, “While coal demand dropped in 2015 for the first time this century, the IEA forecasts that demand will not reach 2014 levels again until 2021. However such a path would depend greatly on the trajectory of China’s demand, which accounts for 50% of global coal demand – and almost half of coal production – and more than any other country influences global coal prices.” The IEA did not mention President-elect Trump’s election campaign in their forecast.

California Governor Jerry Brown has earned back his nickname Governor Moonbeam. Awhile back a top adviser to President-elect Donald Trump suggested Trump and the incoming administration might eliminate NASA’s earth-science programs. These programs disseminate the data that is the global standard for climate research.

The Los Angeles Times reported that Brown told the audience at the 2016 meeting of the American Geophysical Union that “If Trump turns off the satellites, California will launch its own damn satellite.” 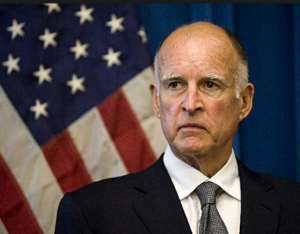 California Governor Jerry Brown “If Trump turns off the satellites, California will launch its own damn satellite.”

The question remains whether the car companies and their alliances will fight the emissions standards regulations, known as the 54.5 mpg by 2025.

California accounts for twelve percent of the Nation’s car sales and has the toughest regulations in the Nation for emissions. Even if the Federal EPA changes its demands for automobiles, the California Air Resources Board (CARB) has already said it would not change its requirements set forth in SB32 and AB197.

According to the CARB website, “California is the only state, under the Federal Clean Air Act, with the unique ability to set stricter-than-federal standards for vehicles, as long as it gets a waiver from the federal government. The Federal Clean Air Act preempts state and local governments from adopting or enforcing standards to control emissions from new motor vehicles or engines. However, once California receives a waiver of preemption from the federal government, then other states can adopt California’s standards.” Eleven other states have followed California. California has been receiving waivers since 1968, and only five of the fifty waivers have been denied.

Regional standardization benefits the local communities with local challenges. Global Standardization is the backbone of many global regulations. Finding the perfect mix will be the key to the health and prosperity of humans and corporations.