Well, it had to happen; all that flying around I finally got sick and missed a day of driving Toyotas. I got to drive the fabulous new 2017 Toyota Prius Prime plug-in hybrid and sit in the product reveal for the other Toyotas, but after that, I was in bed. The Prius info is embargoed till next week (but I loved it), but I have info about the other Toyotas.

But first, I drove the 2016 Lexus RC 200t and loved it! The little 2-door sports car hugged the road and were incredibly fun to drive. A turning radius of 34.2 ft made taking those tight curves so much fun. 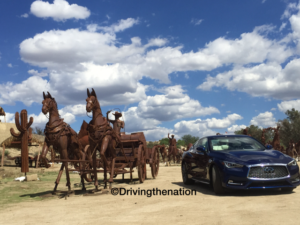 I drove a major competitor of the rear-wheel-drive Lexus;

I can’t compare the two of them because I drove the RC 200t which is around 244 horsepower. The Infiniti Q60 Red is 400 horsepower! Sa-weet. We tried it in every mode, and our favorite was standard sport dynamic. There is an eco mode, but it seemed like an oxymoron to put that in a sportscar.

The competitors for both the cars above would be Audi A5, BMW 4-Series, Nissan 370Z, Cadillac ATS, and perhaps a Porsche Boxster. 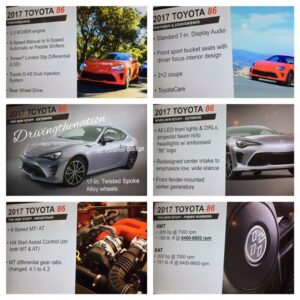 For all of you looking for a 3-row 7 or 8-passenger, there is the 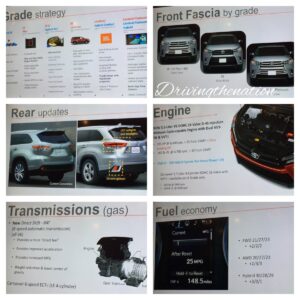 I’m hoping everyone else is healthy. 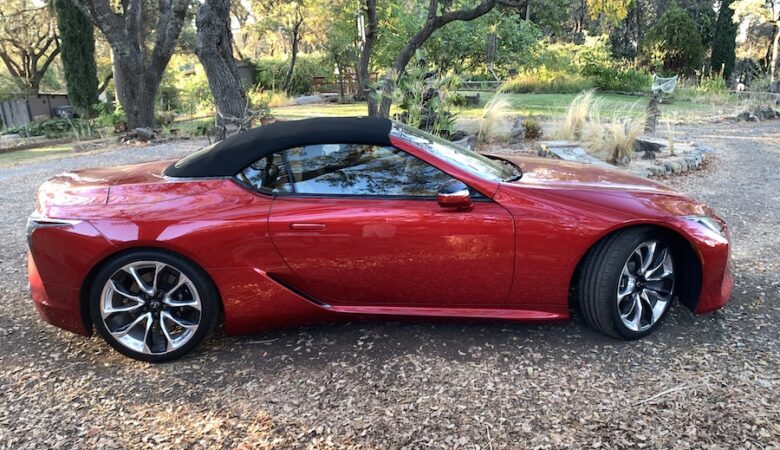