I was at the Hyundai Ioniq event yesterday. I left last night because they are forecasting 25 mph winds and 1/2 an inch of rain every hour. Combine that with a little CRJ airplane, and I called United Airlines and changed my flight.

Have you heard about the Ioniq? It’s a four-door sedan hybrid, plug-in hybrid, or electric vehicle.

The most amazing component of the equation is that Hyundai has a lifetime warranty on the battery. That’s wicked crazy. Tell me they’re not going right after Toyota Prius resale value. So, how often does a battery go bad? Hyundai’s Mike O’Brien told me that they tested the Li-ion battery and there wasn’t a point that the battery reached its “lifetime.” This is a very exciting time in the electrified car industry.DC fast charging Level 3 is included in the price of the car. 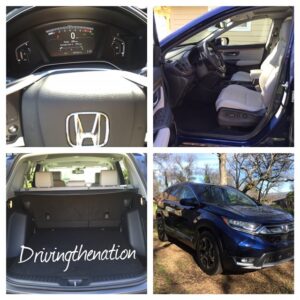 I also drove the Jeep Cherokee Overland 4X4 and was pleasantly surprised with the ride and feel and the interior appointments. The MSRP out the door was $41,975. The EPA estimated fuel economy was 18 city/26 highway 21 mpg. 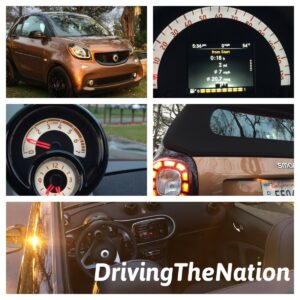 I didn’t drive the Smart much. It’s sad to see the Smart going away, but I think it is the correct move. Even four-door sedans are taking a hit in sales, it was just too hard to make a case for the Smart car.

What a great time I had off-roading in the Jeep Compass in San Antonio, TX this week. 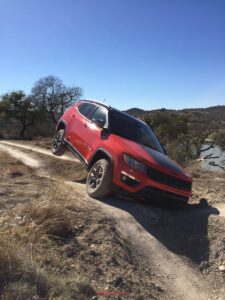 Off-roading in a 2017 Jeep Compass Trailhawk

By the way, if you need a hotel in San Antonio check out Hotel Emma – Great place!

Happy Birthday in heaven Holly. You are cancer-free. 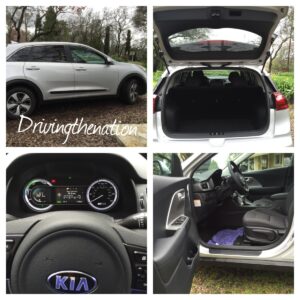