Getting out of the stone age

We didn’t get out of the stone age because we were out of stones. We don’t have to be out of oil to stop the dependence. It’s time to move on. This era is the beginning of alternatives for oil. There will be more alternatives, and in 10-20 years we will probably see hydrogen become mass-produced. Right now, it is hybrids.

Hybrid electric vehicles (HEVs) do not need to be plugged in; they run on two energy sources. Currently, the most familiar is an internal combustion engine and battery. HEVs are touted as being two to three times as fuel-efficient as an ordinary internal combustion engine. The engine generates electricity to charge the batteries. Regenerative braking is when the brakes are applied in a vehicle with this system; the heat generated is captured as energy and stored in batteries. Regenerative braking is why you don’t have to plugin. Hybrids seem to be the stop-gap between internal combustion engines and hydrogen. Most experts agree that hydrogen is at least ten years, if not more, away from production.

Below is the list of which hybrids are available now and what is to come. If you are looking for a vehicle that is the cleanest, look for a hybrid that is AT-PZEV. AT-PZEV stands for Advanced Technology Partial Zero Emission Vehicle. It is the most stringent requirement for clean air in the nation and required in California, Vermont, Maine, Massachusetts, and New York.

This mandate for cleaner emissions began in California, where almost one month out of the year is a spare the air day. There are about twenty PZEV vehicles. A vehicle must have near-zero evaporative emissions to meet the PZEV requirements, and the emissions equipment on the car must be warrantied for 15 years/150,000 miles. The Ford Focus is PZEV-rated, and it is an internal combustion engine. To be rated the highest pedestal honor, AT-PZEV, the vehicle must have the PZEV rating and use an alternative fuel, electric drive or some other advanced technology device. The Ford Focus cannot become AT-PZEV unless it changes technologies

All hybrids can be AT-PZEV, but some are not. According to Mike Whelan, Subaru Corporation, Subaru raised its price on the Outback and Legacy PZEV by $200. That figure resonates with most Manufacturers, so if you have cash and want to help the environment look for the AT-PZEV label.

Subaru hasn’t made a hybrid yet but does have a concept car, codenamed B9SC. The hybrid system in the Subaru B9 SC works on a lithium-ion battery and is ideally suited to work with the brands existing Symmetrical All-Wheel Drive systems. They are looking for synergies with their partner, General Motors.

The world’s only manufacturer of rotary engines, Mazda is looking towards hydrogen for its renesis engine. It takes away some horsepower, leaving it with 120, but look for that to change.

Mike Michels, a Corporate Manager for Toyota Motor Sales, explains, “The Toyota Prius was introduced in 1999. It is a full hybrid. A full hybrid means that it is essentially an electric vehicle with gasoline assist as needed. This powertrain differs significantly from other systems, such as the mild hybrid Honda Civic and Insight, which are essentially conventional gasoline vehicles with an occasional electric motor assist as needed.

The advantages of a full hybrid system are greater efficiency, lower emissions (by a factor of 10) and smoother operation. The electric motor drives the wheels directly, without the need for transmission shifts. The new Prius can operate on purely electric power for a significant portion of its total operating time, and of course, the gasoline powertrain shuts down entirely when coasting, braking at a stop.” The Prius is an AT-PZEV. 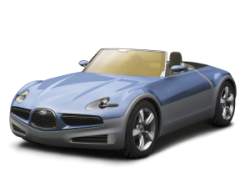 Also, 2004 Civic Hybrids sold in Vermont, Maine, Massachusetts, and New York will meet the same stringent Advanced Technology Partial Zero Emissions Vehicle (AT-PZEV) standards as models sold in California, making the Civic Hybrid the first AT-PZEV vehicle sold outside of California. The flagship sedan, the Accord, may have too much performance to be certified as a PZEV, Honda doesn’t know yet, but it will still have great mpg at 30/38mpg with 255 horsepower.

There have been editorials in newspapers lately on how the American Manufacturers are lagging behind in hybrids and alternative fuels. Years ago the same claim was made of some of the brick and mortar groups that didn’t get on the internet right away. Their justification was they wanted to ensure it was going to last before they put their money into a system that could last as long as the 8-track. Large corporations are like big barges in the ocean. They take a while to turn around, but once they do…

Chryslers Cole Quinnell, Manager Engineering for Chrysler Group, told of the 2005 model Dodge RAM HEV that is a diesel hybrid. Besides being a diesel and a hybrid, it has an electric generator onboard, enough of a generator to power four homes. Quinnell points to the blackout in the Northeast last year as an example of its use.

Susan Krusel, Public Affairs Manager for trucks and SUVs, Ford Corporation is excited to have the Escape ready for market. “Unlike other hybrids on the road, the Ford Escape Hybrid is a no-compromise hybrid SUV, which will deliver between 29-31hwy and 35-40city mpg with all of the attributes of the base Escape. The Escape Hybrid is a full hybrid able to run on either a gasoline engine and/or it’s electric motor depending on which will deliver the most efficient fuel performance. The Escape will come in both FWD and 4WD configurations and will provide acceleration similar to a V6 engine with an efficient I4, as well as maintain the cargo capacity of the Escape. The Escape Hybrid will deliver AT-PZEV emissions performance all below $27,000.

California native, Al Kammerer, Executive Director, SUV and Body-on-frame-vehicles, Ford Motor Corporation feels proud to be bringing the first SUV hybrid to California. “The Escape is the number one selling SUV in its segment. California is the most environmentally conscious. That Ford is making the Escape a hybrid says just how much Bill Ford believes in the environment.”

there are many benefits to Hybrid Electric Vehicles;

* Reduces emissions by increasing average engine efficiency.
* Engine shuts down when the vehicle is stopped.
* Regenerative brakes recapture energy, to recharge the battery.
* Improved fuel economy stretches a tank of gas further, saves you money, and helps you conserve our limited petroleum resources.
* Driving performance is optimized because both the gas engine and electric motor are working for you.
* No battery plug-ins required.
* You get all the conveniences of conventional vehicles: spacious seating, storage room, creature comforts, and extended driving range.
* Our future Ford Escape HEV will be delivered, sold, and serviced at your local Ford Dealer. The Mercury Mariner, an AT-PZEV hybrid, will be announced in 2006 as a 2007 model. After that Ford is planning a midsize sedan hybrid.

Nissan is making 100,000 units, over five years, of its flagship sedan, the Altima, into a hybrid AT-PZEV available in 2006. It will still offer the classic internal combustion engine Altima. According to Tadao Takahashi, Executive Vice President and a member of the Nissan Board and Renault-Nissan Alliance board, Nissan has signed an agreement with Toyota to use their hybrid components. Nissan will develop the engine.

General Motors has used every letter in the alphabet when it comes to acronyms for alternative related vehicles. The ICE is optimized with the DOD, the AHSII is on an SUV, and the E85FFV is in more than 1,000,000 vehicles. All these acronyms mean that GM has figured out that hybrids can be amortized in a timely fashion to be profitable.

General Motors has gone a busload further. No longer does one get to see the puff of diesel smoke from 200 buses in Seattle WA. The 40-foot hybrid bus features the Allison Electric Drive system, one of the first “roadworthy” commercial parallel hybrid systems. If GM replaced 13,000 transit buses in America’s nine largest cities with GM Hybrid transit buses, those 13,000 buses would save more fuel each year than 500,000 small hybrid vehicles.

According to the Manufacturers, the hybrid battery is designed to last for the lifetime of the vehicle, somewhere around 150,000 miles. The battery is warranted for eight or ten years, depending on the carmaker. Hybrids use NiMH batteries, which are nickel-metal hydride batteries. For a new battery not under any warranty, costs can range from $3,000 to $8,000.

Honda has a group recycle their batteries, Ford and General Motors both work with U.S. cars recycling program. Terry Cullum, director of environment and energy at General Motors, (affectionately known as “The end of Life Man”) and Scott Staley, Chief Engineer at Ford agree that batteries are recyclable. According to Staley, “the nickel in the hybrid battery is the nickel used in steel processing.” Cullum thinks, “there will be an infrastructure that will develop soon because of the inherent value in the battery. Johnson Controls has a keen interest in getting the batteries back. The recycling process is analogous to the current lead-acid battery, just with different technologies and different materials.”

In a letter in the Automotive News, June 7, 2004, Robert Stempel, CEO of Energy Conversion Devices wrote to the Editor, “As the inventor of the Ovonic Nickel Metal Hybrid Battery, Energy Conversion can assure your readers that nickel-metal hydride batteries are environmentally friendly and entirely recyclable. The environmental issues were part of the initial design considerations when the battery was being developed in the early 1980s.”

What about the cost? If we take the Ford Escape and the Ford Escape Hybrid, with all else being equal except mpg and price, the difference over five years would total $3,420. Take away $1,500 for the federal tax credit, and you’re left with a deficit of $1,920. The difference in gas savings for the hybrid is $628. It would take three years to equal the price of an internal combustion engine cost.

But you would breathe easier knowing you were part of the alternative era.