Stretch helped me out this week and went to Las Vegas to drive the 2017 Hyundai Elantra Sport with a starting price of $21,650 or the Elantra Sport automated shifting with a 7-speed DCT and paddle shifters for $22,750. Stretch got around 28 miles per gallon.

How many of you are worried about car hacking/cybersecurity? NHTSA has come out with a layered proposal on cybersecurity. I talked to Ian at Magna about cybersecurity, and he told me what they are doing to counter-attack the hackers.

I drove the 2017 Nissan Titan V-8 Platinum Reserve 4WD crew cab this week. The starting price was $55,440, out the door was $55,595. The vehicle was impressive, but when I realized everything on the truck was standard – not one option – I was more impressed.

After driving the Elantra, Stretch went to SEMA, the aftermarket Pimp my ride convention for everything with an engine. You can see most of the pictures he took on Facebook. 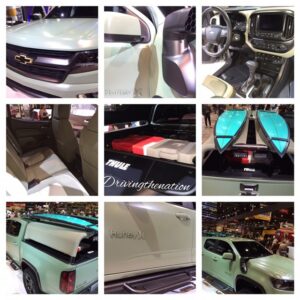 Chevy showed off the tricked out Hurley

Chevy showed off the tricked out Hurley, Kia and Hyundai showed off their autonomous and pimped up machines, but Stretch’s favorite was the Indian motorcycle.

I love you guys when you want something. For the past year, since his buddy Sam has gotten a BMW motorcycle, Stretch has been showing me motorcycles, “I’m not going to get this, but I just wanted to show it to you.” Because I have so much interest in motorcycles? No, because he’s priming me. His fixation right now is a BMW R nineT. 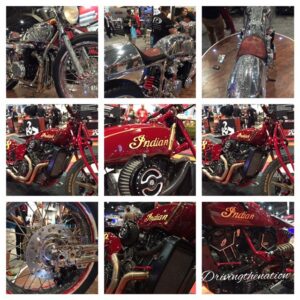 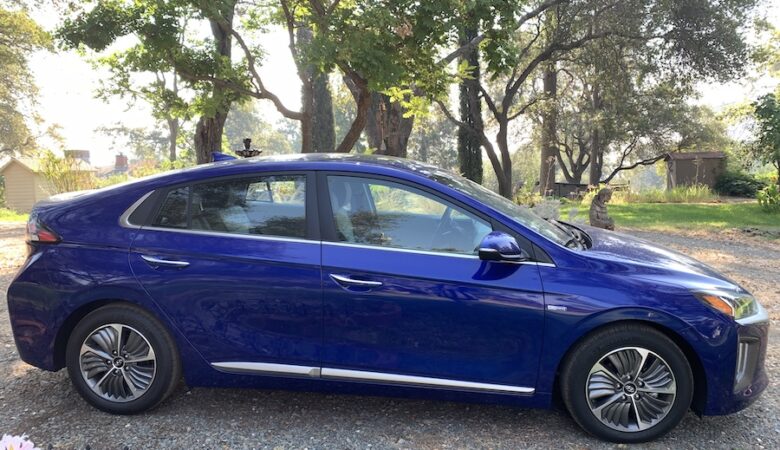