I’m still on the two-week tour of Italian cars with Veloce Tours Inc.

Yesterday we visited Corrado Lopresto’s car collection. Lopresto has an impressive collection of prototypes, one-offs, and chassis number one cars. The cars have won some of the most prestigious awards around the world, including the Concourse d’Elegance Villa D’Este which is happening tomorrow. 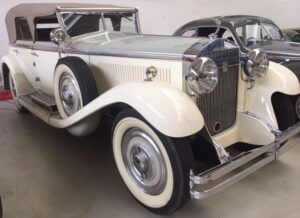 BMW will be unveiling the 8-series concept. I’ve seen pictures and the car looks stunning. I can’t wait to see it live.

I will also get to see the first-ever one-off coach-built by the modern Rolls-Royce. The pictures are embargoed till Saturday so watch drivingthenation Facebook if you want to see pictures.

We are visiting Italdesign in Torino, Italy right now. Torino thinks of itself as the little Motown. Italdesign is with Lamborghini and Ducati under the Audi umbrella. If you want a really limited supercar Italdesign Automobil Speciali has a new car company that is producing five Zerouno cars this year. There is one left if you are interested. The starting base price is 1.5 million euros. Add another 450,000 euros for the Corsica package.

A concept that Italdesign is working on is called the popup. You’ve heard how Amazon wants drones to start carrying packages to your house? The popup is a drone and the package is a capsule that you get in and put your final destination in and you fly about 1,600 feet in the air to your destination. It’s about 10 years to produce. 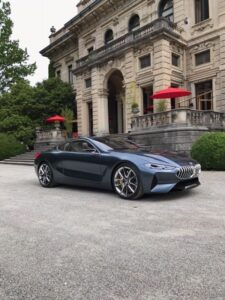