Hopefully, everyone made it through the storm OK. I heard from a couple of you that you were able to make it to the auto show. What did you think? What was your favorite vehicle?

I ended up leaving on Thursday but got to attend the policy day and listen to Honda’s CEO, John Mendel, give his keynote and his ground with the journalist afterward. D8 oh ease secretary Moni’s talked about plans for the future of the nation in the energy sector and then I had to head home before the storm.

Monday I headed to Newport Beach to drive the 2016 Nissan Sentra. The new Sentra will get EPA estimated fuel economy of 29 city/38 highway/34 combined

Following up on that ride, I took a train from Irvine, CA to San Diego, CA (because it’s the closest to automated driving in Los Angeles I could get)

Over the Coronado Bridge, almost to the very end of California is Imperial Beach and a little hotel called Pier South Resort. I think of this area as the Key West of the West, kind of chic shabby. There I picked up a 2017 Hyundai Elantra and drove it for a day. It’s going to be a tough decision for all of you between this year’s mid-size segment. Cars are not selling well, because of the price of gasoline, so all car companies are being highly competitive when it comes to pricing.

The SE and Limited trims are arriving in dealerships this month. The Eco trim will be available this Spring, with pricing announced at a later date. A Sport model will appear later in the year. 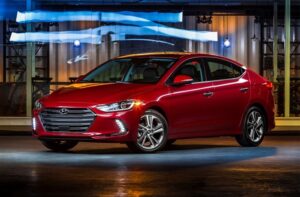 Which is your favorite car? 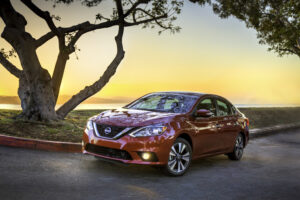