Julius Meinl coffee at the Element Hotel in Frankfurt, Germany on Driving the Nation

I love coffee. Just the thought of getting up in the morning to the smell of fresh ground, french pressed coffee puts a smile on my face. I am one of those people that can drink coffee as soon as I wake up and right before I go to bed. 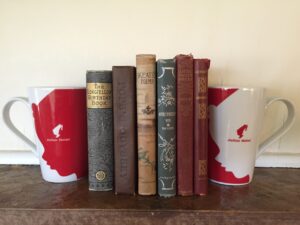 It seems to be all the rage these days to put Keurig machines in hotel rooms, but I don’t consider Keurig coffee. I will drink it, but only till I can get a real cup of coffee. The type of coffee that is strong and rich and dark. The kind of coffee that will put hair on your chest, even if you are female.

Most hotel rooms in the United States don’t have good coffee. It is one of the reasons I love to travel to Germany because Germany knows how to make a good cup of coffee, but even they have started putting Keurig in the hotel rooms.

Recently I was staying at The Element, a new Starwood hotel near the Frankfurt airport. The hotel has a kitchen in the room and a beautiful view of the airplanes landing, with soundproof windows. But they have Keurig coffee in the room. Pleeh!

Thankfully, they also have a complimentary breakfast. I trudged down to the breakfast room, a weary-eyed, jet-lagged traveler, filled a cup with coffee and sat down, waiting for the aroma to fill my lungs before I took my first sip.

It’s a head jerk as the first sip touches my tongue, and the flavor reaches my senses. Finally. A decent cup of coffee. It was though my body had been in a drought and the first rain filled my lungs, and I was able to breath again.

My eyes widen, and I look at the red and white cup. What is this Julius Meinl? A second focus and I see a young girl with a hat on her head. I’ve lived my life drinking coffee; I’ve visited organic coffee plantations in Puerto Rico. I once tried to grow my own coffee. How could I not know about this coffee?

A quick visit to their website tells me that the Meinl story began in 1862 when Julius Meinl I. opened his first grocery store, selling spices and green coffee in the center of Vienna. He created coffee blends and was the first to offer them freshly roasted for sale. In 1891, Julius Meinl opened a modern roasting plant on the very site where the retreating Ottoman army had left the green coffee beans 200 years earlier.

Julius Meinl has a few coffee houses in Chicago and sells online, but the Julius Meinl brand is a more well-known name in Vienna, Austria, and Central Europe.

It’s the little things that make you remember a hotel. If you’d like to experience the Julius Meinl coffee here are a list of hotels that serve it: