The Voice, John Legend and Khalid

One of my favorite singers of the day is John Legend. I was in love with his voice when I heard him sing Bridge over Troubled Water. I have been watching The Voice just to listen to John Legend’s voice and gain knowledge from him. I like to see which singers appeal to him, who he would use his block or steal to have on his team, and the battle advisor musician he would choose.

That musical star happened to be the eternal Khalid Robinson. Robinson is the heartthrob of American Teens and nominated for the Best New Artist at the 2017 BET awards. BMW is teaming up with Robinson and BMWi to influence the Coachella Valley Music and Arts Festival. 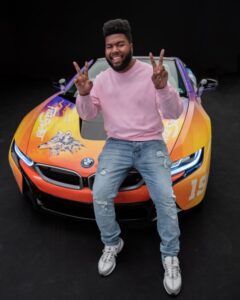 The road to Coachella with Khalid and BMWi

BMWi is one of the official partners of the Coachella Valley Music and Arts Festival in 2019. For the last two years, BMW I have been building up to the festival on social media with #roadtocoachella and is also showcasing a unique Coachella design for its BMW I models. The cool electric car features flames and the image of a wolf as is inspired by the current album cover of American singer-songwriter Khalid.

“The variety of live concerts at Coachella Festival is a great playground for creativity. At Coachella, the internationally most famous stars of the industry meet the most enthusiastic audience. Innovation and inspiration are the values that BMW I shares with the iconic festival, making it an ideal partner. We look forward to working with the festival and Khalid, one of the most exciting artists of contemporary soul music and a passionate BMW driver,” says Stefan Ponikva, Head of BMW Brand Experience Shows & Events.

It is, therefore, no surprise that Khalid is one of the headlines acts at the upcoming Coachella festival. He inspired the festival fleet of vehicles for BMWi based on the cover of his new album Free Spirit. The Road to Coachella embodies the Free Spirit mentality of a fun road trip with friends to one of the greatest music festivals.

“I love road-tripping, hopping in my car, and driving back home to El Paso is 12 hours each way from LA. To me, BMW, especially the BMW i8, is the embodiment of freedom on the road. I really feel like a free spirit when I’m driving and listening to music. I love making music that you can crank up and drive to with the windows down,” says Khalid. 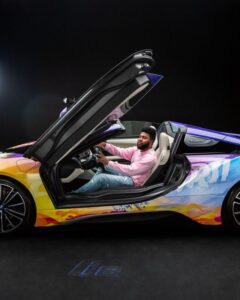 BMW i8 is the embodiment of freedom on the road

Some of the best-known international names will travel to the venue with BMWi a day before the festival begins to experience the design of the BMWi Coachella fleet for themselves and to explore Palm Springs. Follow the hashtag #roadtocoachella to virtually join Paris Hilton, Lena Gercke, Laura Marano, and other influencers.

In addition to the actual festival program, there is also something special in store for fans of Khalid. Together with BMWi, the singer will open a Pit Stop where exclusive merchandise will be available for purchase. BMW of Palm Springs (3737 E Palm Canyon Dr, Palm Springs, CA 92264 USA) will be transformed into a must-see fan experience away from the festival site with music, a food truck, and other lifestyle initiatives. Khalid will announce the exact opening times himself on social media blasts such as Twitter @thegreatkhalid and Instagram @thegr8khalid.

The creative design interpretation of BMWi electric vehicles reflects the unique, diverse spirit of the Coachella festival that takes place at the Empire Polo Club in Indio, California from April 12 to 21, 2019. Almost 200 acts will thrill thousands of international visitors over the two weekends. 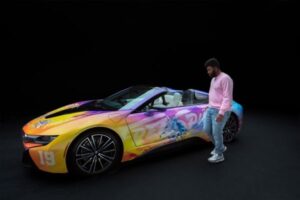 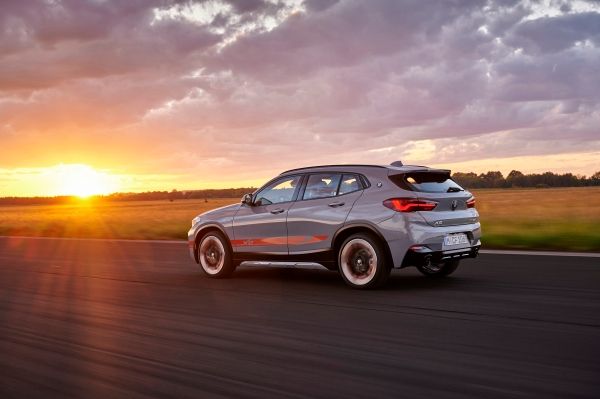 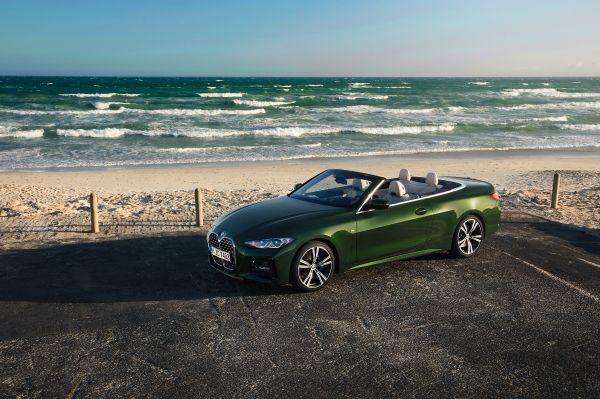