I see why it is so hard to decide what to buy. Most of the time when you ask us which car you should purchase the vehicle is in the same segment. If I had to choose between the RC-F coupe or the SUV, it would be a tough decision. The beauty and drivability of the sports coupe versus the functionality of an SUV.

Next week I will be driving the 2017 Chrysler Pacifica. If you’re interested in a minivan, tell me what you want to know. I’ll bring back the info. Below is what I know so far;

The 2017 Chrysler Pacifica has five models:

add $995 for destination and handling

The minivan uses a redesigned 3.6-liter Pentastar V-6 engine, and a nine-speed automatic transmission. The EPA fuel economy is 18 city, 28 highway and 22 combined.

Later this year the Pacifica will incorporate a start-stop system for better fuel economy. After that, a hybrid version of the minivan will show up on the Chrysler car dealer lots.

The other competing minivans are the Honda Odyssey and the Toyota Sienna. 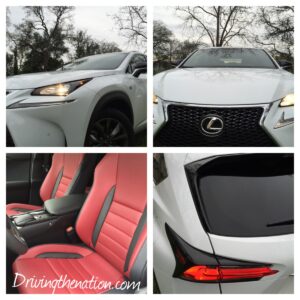