The London Motor Show is debuting the MG ZS EV for the first time in the UK and Europe. The electric SUV originally debuted at the 2018 Guangzhou Motor Show.

Just like every other car company looking to the future, MG is creating electric cars. MG says the electric SUV will have an on-sale date in the UK of 1 September 2019. The ZS is being called a family-friendly electric car for its practical spaciousness. MG says it will be the most high-tech car yet with many new features and the most advanced safety features to date. 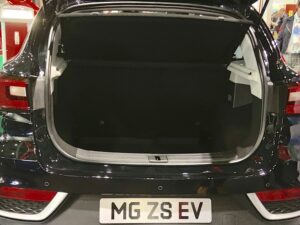 The MG ZS EV is the first in a series of alternative energy vehicles to be launched in the UK. MG is owned by SAIC and manufactured in China. SAIC built over seven million cars in 2018, many of which were produced in joint venture plants with Volkswagen Group and General Motors.

How much will the MG ZS EV cost?

Pricing has yet to be confirmed, but the new electric SUV will be the first of several new MG models arriving in the next two years. When it arrives, the ZS EV will try to tempt buyers away from more expensive rivals, such as a Tesla X, with an estimated starting price of around £25,000 to £32,000. 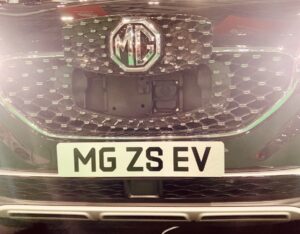 What’s the car’s range, how big is the battery, and how long does it take to charge?

The ZS EV will have a 44.5 kWh water-cooled battery and a single electric motor powering the front wheels. The range also has not been confirmed but is expected to be 150-175 miles on the WLTP test cycle. The car is set to achieve 0-62mph in around eight seconds. 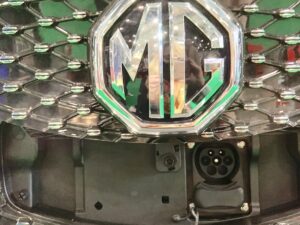 MGZSEV is the electric charger

MG has stated that the ZS EV will feature rapid-charging capability, recharging from 0% to 80% in around 43 minutes. To recharge to 100% on a seven kW domestic charger, you’ll need to spare six and a half hours.

Who are the biggest competitors?

The MG ZS EV competes against the e-Niro and the Hyundai Kona Electric Vehicle SUV.

How long is the warranty? 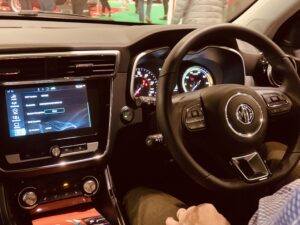 The ZS EV exterior and interior looks like the petrol-powered version. The charging point is behind the backlit MG badge on the grille. The interior is competitive to the Hyundai Kona EV in content and luxury. The ZS EV is equipped as standard with Apple CarPlay, Android Auto, PM 2.5 pollen and particulate filter, DAB radio, sat nav, keyless entry, and cruise control all included as standard along with a panoramic sliding sky sunroof. The NAV screen shows the remaining battery capacity and range like most electric vehicles.

What advanced safety features are on the MG ZS EV?

An array of safety as standard makes this the most high-tech MG yet. Safety is an essential part of the EV SUV as MG needs to up its game in safety. The MG ZS EV is designed to achieve a four-star Euro NCAP rating. Some of the features are:

* Adaptive cruise control that automatically adjusts the vehicle’s speed to allow a safe distance from vehicles ahead of the MG.

* Traffic jam assistance that allows the car to accelerate and brake automatically, as well as steering at low speeds.

* Autonomous Emergency Braking, a system which can detect obstacles, warn the driver or automatically brake to avoid or mitigate a crash.

* Lane departure warning system, a mechanism designed to warn the driver when the electric vehicle begins to move out of its lane on highways, freeways, and arterial roads.

* Blind spot detection, a sensor that detects other vehicles located to the driver’s side.

* Pedestrian Alert Control System, can detect impending accidents with pedestrians who are in the same lane as the vehicle, or who are moving dangerously into that direction.

* ISOFIX connections are in place for the rear seats.

Where are MGs built and sold?

While the new MG is sold in the UK, they are manufactured in China. The cars are sold through a network of franchised dealers with 91 locations currently, expanding to 120 locations by the end of 2020.

The order bank is open for sales by placing a deposit of £500 to secure your place on the waiting list for 2019, with first deliveries in September. 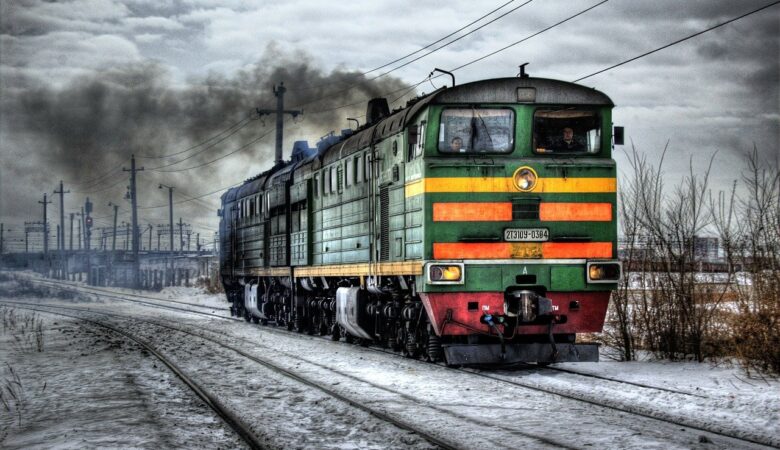 Motoring museums in the UK worth driving to