This week Stretch and I went to a technology conference hosted by Nvidia. It was The Big Bang Theory meets Star Trek. I was listening to a Ph.D. guy as he put some code on a monitor and he said, “now this is the easy part.”

The news that brought it down to earth is that Nvidia is collaborating with Toyota to deliver artificial intelligence (AI) hardware and software technologies that will enhance the capabilities of autonomous driving systems.

Toyota will use the NVIDIA DRIVE PX AI car computer platform to power advanced autonomous driving systems. It is the same platform that Tesla has in its cars already.

What does it mean? It means that car companies are already putting the hardware in the cars and slowly integrating small autonomous capabilities to the car. I think of blind spot monitoring, where you are given cues (an orange light, a sound) when you put your blinker on to go to the next lane, and there is a car in that lane. Or if you don’t put your blinker on and the car pulls you back into your lane because it thinks you’re drifting. Those capabilities are in cars now and are very helpful. They are also teaching us what autonomous cars will be like in the future.

Last night we watched “Abstract: The Art of Design” Ralph Gilles: Automotive Design on Netflix. Ralph is one of my favorite designer and Global Head of Design for Fiat Chrysler. Innovation and design drive Gilles. In the last bits of the film, he says he is concerned about the intersection of autonomous driving and not being able to drive a car.

Gilles was going through the design of the Chrysler Portal concept that was shown at CES in January 2017. It was interesting to watch in retrospect. I highly recommend it. 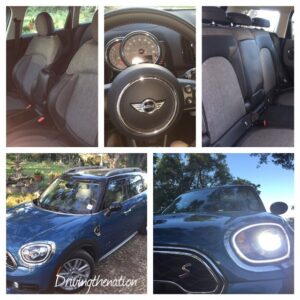