I’ve driven a group of SUVs in the last couple of weeks and my favorite is still the 2016 Hyundai Tucson. For just $27,000 you can get a decent SUV that isn’t big and bulky, doesn’t wallow when driving and has lots of standard equipment and technology.

Tesla’s cars are accelerating toward autonomous driving by adding Autosteer, Auto Lane Change, and Autopark. Google is shipping a herd of autonomous vehicles to Austin, Texas.

How many of you would let a car drive you right now? Would you consider letting ONLY the autonomous vehicles drive in the HOV lanes? No more two or more people or alternative energy vehicles, only self-driving cars? Would that make you feel more comfortable?

The closer the nation gets to bringing autonomous vehicles out the more discussions you and I need to have about how this will be handled as cars gradually shift. 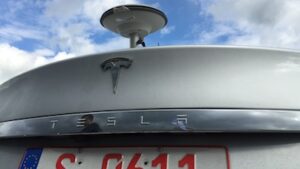