Nestled in the heart of the Rocky Mountains, at an air-sucking 9,600 feet is the Beaver Run Resort in Breckenridge, Colorado. Higher up, somewhere around 11,000 feet is the Golden Horseshoe, the playground in the mountainous terrain that we tested each of the trucks, crossovers, and SUVs real capabilities. And our ability to breath.

We had twenty-four hours to adjust to the altitude before heading up to Golden Horseshoe, a gold miners camp and our basecamp rendezvous point in the foothills of Georgia Pass, a mountain pass that crosses the Continental Divide in the Front Range of the Rocky Mountains. We were split into two groups, depending on the vehicle. One trail was supposed to be harder than the other, but outside of one path being slippier, I didn’t see much difference.

It’s not often that we get to go into the wilderness with a vehicle and test them in the wild. It’s more impactful as we got to test each of the vehicles back-to-back. The manufacturers that weren’t afraid to show-off the off-road prowess of their vehicles right next to their competitor at the 2018 Colorado Climb Redline off-road Vehicle climb brought these vehicles;

The same group of manufacturers that went off-roading together in their brand new vehicles all came together to donate money to the Breckenridge Outdoor Education Center (BOEC), a company that works to bring a better life to the person in need, and their family. 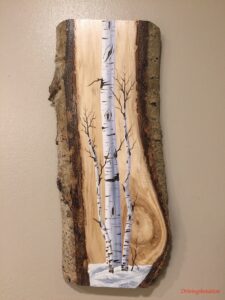 In the colorado woods

The 2019 Acura RDX is mated with a 10-speed automatic transmission which allows the turbocharged engine to maximize its capabilities during low-end torque. The Apex Blue Pearl crossover is equipped with Acura’s SH-AWD system. With LED headlights, adaptive cruise control, NAV system with voice control for $46,495 it is great competition for BMW, Mercedes, and Audi.

The $65,330 Onyx Black EcoTec3 6.2-liter engine is a wonderfully powerful gasoline V-8 engine. Include the AT4 ($1,035), that includes wireless charging and rear cross alert among the numerous amenities, and you’ve got yourself a real off-roading looker.

The GMC Sierra is upscale in feel, appearance, and hidden delights. The Next Generation GMC Sierra’s MultiPro Tailgate is more than just a tailgate; it is a multi-purpose tool. You have the primary gate – which is hinged like a conventional tailgate – and a smaller intermediate tailgate, which is incorporated within the primary gate panel itself. The two tailgates can be opened together or separately depending on the function you wish to achieve.

The off-road excursion in the 2019 Honda Pilot was nicely executed in the all-wheel-drive system. The $49,015 incorporated Intelligent Management Management and Hill Start Assist.

The Olive green Cherokee was at home on the tougher trail, in color and capability. The $40,245 (base price of $33,320) has a higher ground clearance and is worth the slew of add-ons you will need if you are a true off-roader.

I love that it shows the latitude, and longitude even if we lost wifi service. U-Connect has hands-free calling and Apple Carplay, Android Auto. There are five models; Latitude, Latitude S, Limited, Overland and the Trailhawk. The Trailhawk has 8.7-inch ground clearance skid plates. We hung out in 4-low rock-mode on the off-road and used hill descent going down, but it did not have hill ascent. For what you get in this vehicle, the price is amazing

The Rubicon color, hellayella and the capabilities of the Rubicon are legendary. When you’ve got it flaunt it! It was thoroughly enjoyable to get behind the wheel of what everyone knows is a sure bet on the Rubicon and in the Rockies. The price of the vehicle we drove was $54,385, base price $41,445.

The silver lining and color of the $48,020 Kia Sorrento is the 3.3-liter V-6 engine with an 8-speed transmission. I would like to spend more time in this vehicle on-road and off-road. Kia has made great strides in their SUVs and are giving some of the more familiar names a run for their money.

I had no problem with the Mazda CX-9 on the off-road section of the event. It kept up nicely with its counterparts. It was on the way back to the resort that I had a problem.

It was almost sunset, and we were driving by some tall weeds, and out of the blue, the $45,310 titanium flash mica CX-9 was sideswiped! We felt it before we saw it. At first, I wasn’t sure what it was, but as I looked in the rear mirror, I saw a deer shaking itself and run across the street.

I could only wonder what the poor deer told his family that night, but I was shaken and glad I was in a vehicle that was safe.

Since I own a Lexus sedan, I was interested to see how an $88,905 Atom Silver luxury Lexus SUV would do off-road. I would describe it as a surprisingly elegant ride in a rugged atmosphere. The SUV kept its composure on-road and off-road. A quick wash off and this luxurious vehicle could take me to the opera in style.

The Ram 1500 Longhorn has the Bilstein shocks which I am told are some of the best shocks for off-roading. Teraflex shocks are a good set of shocks as well, but the nice part about the Bilsteins is the consistency in ride comfort throughout the day.

Size is a big factor on the Ram, but the electronic locking differential helps a lot. You don’t want a lot of spin from your tires when you’re off-roading, so the ability to lock a differential is key. Right by your knee, below the shifter, is the knob you want if your spinning, even when you’re in the spin, on the fly. We didn’t need to use the locker on this course. It will shut you out at a certain speed.

On each side, is an anti-vibration device and a noise-canceling system, all so that the Hemi can be used and the ride is still comfortable. Standard on the Ram, and used on the off-road course, were folding mirrors, to avoid hitting the rocks as we went by them.

Ram says the 2019 Ram Rebel is Ram Truck’s most capable off-roader and they makes no bones about that. I have to agree that the truck felt stable and strong. There is a ten percent increase in fuel-efficiency through less poundage and more technology.

Introduced in 2014, Toyota Racing Development TRD is for the North American group, the rest of the globe boasts GR, as in Gazoo Racing. The TRD makes wilderness travel easier and more comfortable.

The $41,267 Barcelona Red felt at home in the sand or taking a shower through the streams. This Toyota was the only 2018 vehicle of the bunch.

The best part of the drive was the back-to-back impressions from each vehicle on the same trail. Being able to rock climb and have fun with so many capable vehicles was a blast. 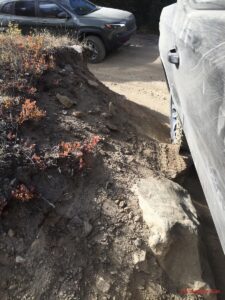 rock and roll in the Rockies