The 2018 Mondial de l’Auto kicks off tomorrow, and it will be small, but mighty. The following manufacturers have all opted-out of the Paris Motor Show this year, VW brand, Opel, Fiat, Jeep, Ford, Mazda, MINI, Mitsubishi, Nissan, Volvo, Bentley, Lamborghini, Aston Martin, and Alfa Romeo.

There will be a concentration of electric, hybrid and hydrogen vehicles that will be available to test drive around the Place de la Concorde. As Tim Urquhart, principal automotive analyst at IHS Markit wrote, “Although they have already made their official world debuts, attendees at the show will also no doubt be interested in getting up close to the new Audi e-tron, and Mercedes-Benz EQC as the premium carmakers finally begin their full EV model push and join battle with Tesla.”

There will be a plethora of French cars, but the most important, and most leaked launch will be the BMW 3-Series. BMW is still vying for number one in the luxury market sales against Mercedes-Benz. Here is a list of significant vehicle unveils: 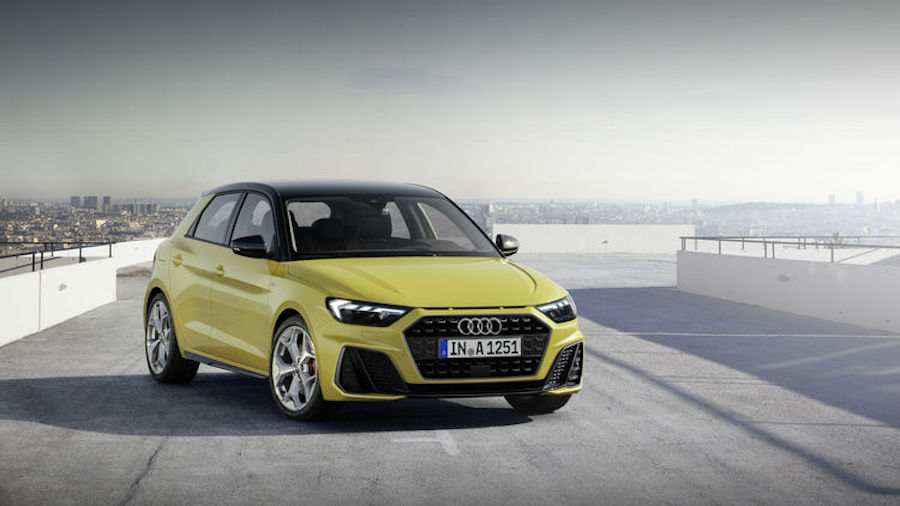 IHS Markits says the second-generation A1 will be built at the SEAT plant in Martorell (Spain) and will be based on the MQB A0 platform, the Volkswagen (VW) Group’s modular platform for B-segment models. There will be 94-bhp 1.0-litre 3-cylinder, 1.5-litre, and 2.0-litre 4-cylinder gasoline (petrol) TFSI units offering up to 197 bhp. The model will look to attract younger customers with a strong infotainment offering, including a sat-nav system including Google’s search engine or Google Maps, while Apple CarPlay and Android Auto are also offered. Audi will also display its e-tron electric vehicle (EV), which was recently launched officially in California. The company is claiming a 246-mile range from the model’s 96kw/h battery capacity. Look for an SQ2 and Q3 to make an appearance as well. 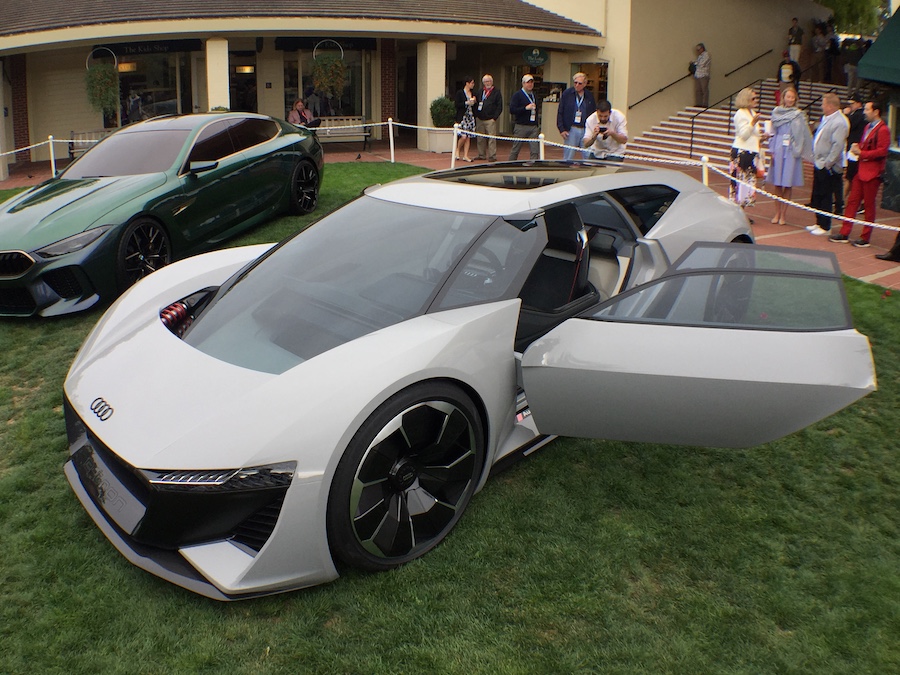 BMW has had the worse luck keeping embargoes lately, and the 3-Series is no different. As everyone clamors to hear about the 3-Series as quickly as they can, IHS Markits got a first glimpse and reported, “BMW has announced that it will debut its seventh-generation G20 3-Series at the show. The 3-Series is always a hugely important car for BMW, and it wants to raise the game of the 3-Series in every single metric, especially given the increased competition in recent years from the much-improved Mercedes-Benz C-Class. In line with the design philosophy behind the E-segment G30 5-Series, which debuted at the beginning of last year, BMW has focused on reducing weight, which will help improve economy, emissions, and handling. The vehicle loses up to 50 kg in comparison with the old model depending on the variant, through the use of hot-formed, high-tensile-strength steel. Early glimpses of the new design suggest a car that is somewhat conservatively styled along the lines of the current mainstream BMW passenger car design language, although more freedom has been afforded to the detail of features such as the shape of the front and rear lights, which are intricate in their design, while the rear of the car has quite contoured flanks with sharp lines. BMW will have another important world debut at the show in the form of the fourth-generation X5. BMW has already revealed images of the car, showing a design that scales up the design elements of the latest X3. There will be a range of gasoline and diesel powertrains with fuel consumption of 6.0–11.6 l/100 km (24.4–47.1 mpg]) and carbon dioxide emissions of 158–264 g/km; these are provisional values. Also, the model will feature the latest xDrive all-wheel-drive system and new chassis systems, including two-axle air suspension, Integral Active Steering, and the Off-Road package.” It is reported that the 8-series and the new Z4 roadster that were shown at Pebble Beach, California will be on display as well. There might be some i3 range updates presented for the EV range anxiety group. 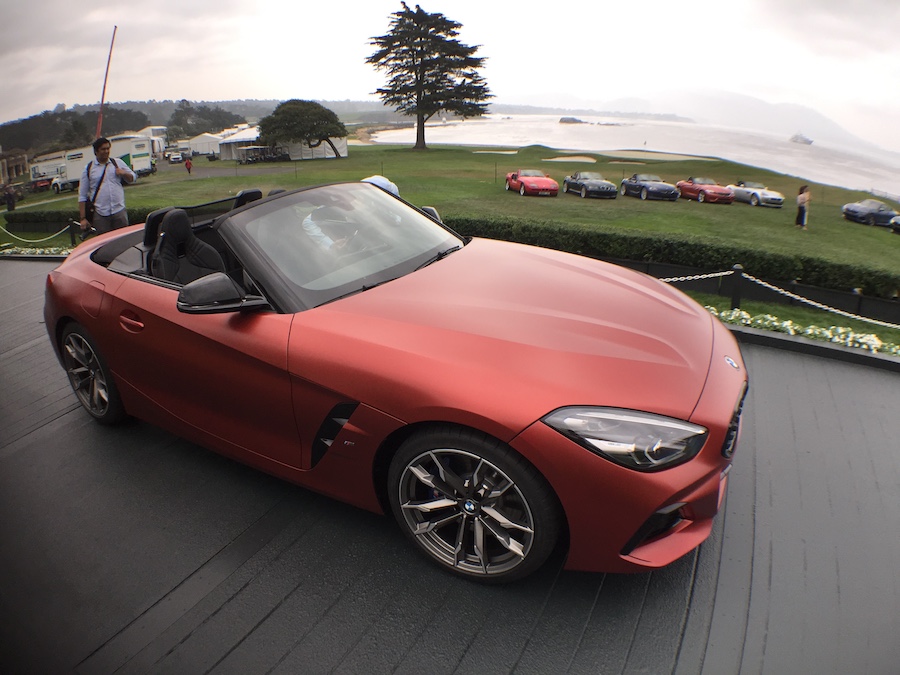 This is a Public Service Announcement! (get it ~ PSA) The DS3 Crossback is the pretty much the decision maker on whether the DS can be a successful standalone brand. It will be the Group’s first full EV launch in eight years and is also set to be by far the DS brand’s best-selling model.
Urquhart set the stage for the unveiling, “The DS3 Crossback will be an important car for DS as it is set to become the now standalone brand’s best-selling model, and it is also an early entrant in the European premium SUV-B segment. As well as being available with a full range of conventional internal combustion engine powertrains, the model will also be available as a full EV, the first full EV that Groupe PSA has launched since the Mitsubishi i-MiEV-based Peugeot iOn and Citroën C-Zero back in 2010. The new model is being built on PSA’s Common Modular Platform (CMP) architecture, into which, importantly, battery cells can be integrated. The styling is also relatively bold, with some novel surfacing on the bonnet (hood), a unique rear door shape, and a striking front-end design accented by Matrix LED Vision headlights. Other features convey sophistication, such as flush door handles that deploy automatically when required, and a fully digital driving display.”

The Mercedes-Benz GLE, the BMW X-5, and the Audi e-tron all at one show? See, this is what I meant when I said small but mighty. Oh, if only Tesla were here!

IHS Markits is my eyes in the sky on this fun feast, “Mercedes-Benz will show off the second model in its second-generation expanded compact-car range, the new B-Class multi-purpose vehicle (MPV). The B-Class will be sportier than the old car, according to Mercedes-Benz, while also being focused on providing comfort for family buyers. Powertrains are likely to mirror those of the A-Class, with options including a 1.3-litre turbo gasoline engine, a 2.0-litre turbo gasoline engine, and a 1.5-litre diesel option. Also, Mercedes-Benz will also give its fourth-generation sport utility vehicle (SUV)-E GLE model its world debut, which is a direct rival to the new X5 being launched over on the BMW stand. The new model offers softer lines from a dramatically restyled exterior, more interior space, and a brand-new range of powertrains, which at launch will include a 6-cylinder gasoline engine with 48-volt mild hybrid capability motor and a 2.0-litre 4-cylinder diesel, with a plug-in hybrid electric vehicle variant appearing at a later date. Autocar claims that this model will have an electric-only range of 50 miles. Other technical highlights include a fully networked hydropneumatic active suspension in which spring and damping forces can be individually controlled at each wheel.” 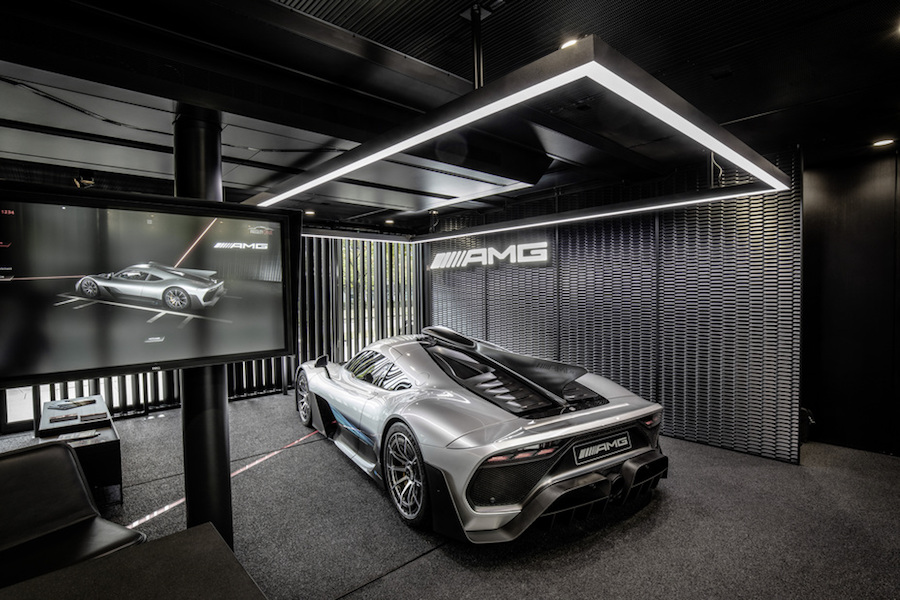 The newest baby to watch from Mercedes-Benz will the Mercedes-AMG One, the name of the future hypercar. Oh, yeah. I’m in love.

Urquhart will have more to say soon, but he did say that Toyota will show its new Corolla Touring Sports. The sports C-segment wagon is set to rival cars such as the Ford Focus station wagon (estate) and SEAT Leon estate. The model has beautiful lines with a sloping roofline and steeply raked rear window, while it is similar to the closely related hatchback forward of the rear axle, using the sharp front-end design language, Toyota has rolled out in recent launches. Perhaps the most significant change over the Corolla hatchback is that Toyota has increased the model’s wheelbase by 60 mm to 2,700 mm, which has been focused on increasing the rear legroom.

As we get more details on unveils, we will post them. For now, we will give you the practical information about the Paris motor show 2018: 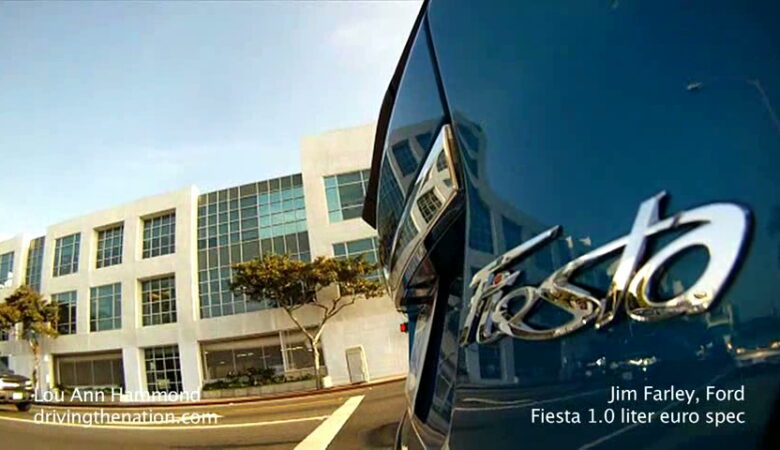 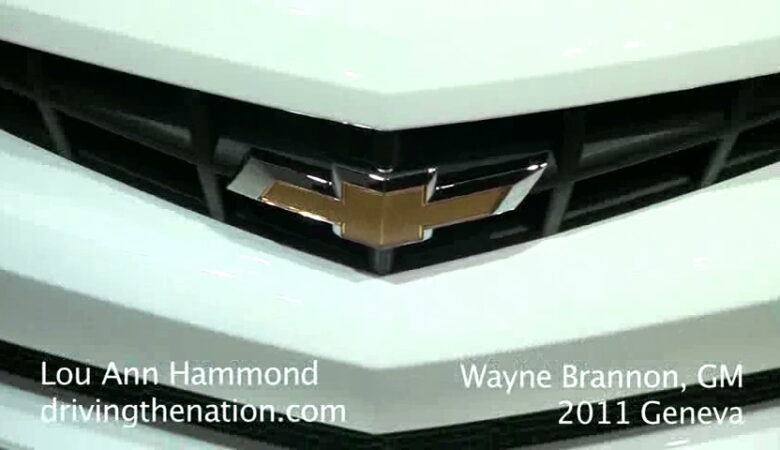