Pruett is my neighbor; we live on the same ridge. I congratulated Pruett, via email and he responded, “So proud, honored, and humbled to be inducted into the West Coast Stock Car HoF last night! What a wonderful night and a terrific event.”

Mark Egger, Lexus Motorsports Manager, was just as happy for Pruett, “It was great to hear about Scott Pruett being inducted into the Motorsports Hall of Fame and the West Coast Stock Car Hall of Fame. Scott has earned these awards based on his skills as a driver, talents in piloting many different types of race cars, and his cool demeanor. “

Racing is in Pruett’s blood; he was eight years old when he started racing go-karts. His Facebook is full of congratulations from people who go-karted with him when they were ten years old and just living the dream as kids. Pruett has continued to live the dream, amassing championships since 1981, including Indy, NASCAR, and sportscars in such cars as Ford and Rousch, Lincoln-Mercury, Chevrolet, BMW, and Lexus.

Egger says Pruett wins team awards on the track as well, “When on the track, Scott is all business, and his focus is relentless to win. He works extremely well with all the teams he has been on, and exchanges information with his teammates as the goal for him and the team is always to win the race. Off the track, he always ensures all of the people around him are well taken care of as well. “

All of the great race car drivers are in at least one Hall of Fame, not all of them have been as lucky as Scott, to win entrance to the Hall of Fame while still racing.

From 2004 to 2009, Scott raced Lexus-powered Prototypes and won 22 races and multiple championships. Currently, Scott drives the No. 14 Lexus RC F GT3 for 3GT Racing. Pruett will continue living the dream this weekend by racing at the legendary 3.4-mile Watkins Glen International circuit.

I got this email from Scott this morning after his race at Watkins Glen. It is so gratifying to see someone do what they love in life.

What a wonderful, humbling, exciting, and fun last ten days I’ve had. Two Hall of Fame inductions started with the West Coast Stock Car Hall of Fame in Napa, CA, and less than a week later the Motorsports Hall of Fame in Daytona Beach, FL. In between the two HoF inductions was a quick trip to Puerto Rico for a Lexus dealer event. I hadn’t been to Puerto Rico since we wrapped up the Trans Am Championship there in 2003. I’m a huge fan of the LC500 and jumped at the opportunity to show it off! Between team Lexus, the car, the dealers, and the customers, it could not have been a better event. I made some new friends, and I’m looking forward to spending more time there. Immediately following the HoF induction, I headed off for an exciting and competitive race at the Glen. It all feels a bit surreal and goes beyond words. The good Lord has truly blessed me.

I sent out a note last week about the West Coast HoF, so now onto the Motorsports HoF at Daytona. It all kicked off at Daytona International Speedway with a very nice lunch sponsored by Chevrolet. Later that same day, a dinner at the Speedway Museum, where they unveiled our bronze figures as well as getting to see, for the first time, the individual display cases containing each of the inductee’s cherished items over our racing career’s. These cases will be on display for a year, allowing all the visitors to see them. The entire Motorsports HoF Museum is incredible, and it truly is a must-see while you are in Daytona.

The following day began with a breakfast sponsored by Toyota/Lexus in the Rolex suite at Daytona Speedway. Here we had the chance to tell stories. My fellow inductees, Steve Kinser, Terry Labonte, Dick Klamfoth, Paula Murphy, the late Brock Yates (represented by his widow Pam), and Herb Thomas (represented by his Son and Grandson). Great stories were shared by all.

A Black Tie Dinner with the formal inductions was the final culmination of the event. The Who’s Who of motorsports were there. And most importantly, my family. To say it was a magical night would not come close. It was an exceptional, wonderful, magical evening.. each of us got up, thanked everyone, told a story, and accepted a very cool and heavy trophy. As it should be, Chip Ganassi presented me with my official induction and gave a moving speech. And did I mention, my old championship Lexus/Telmex 01 racecar was there on display? Perfect!!

The alarm went off at 4 am the next morning, and I was off to Watkins Glen for the 6hr race. We had the opportunity to test here earlier this year, and it had gone well. I/we were excited for the weekend.

The first practice was a bit rough. The car was tough to drive. Sage was the only one to drive that session working on the balance. The team went to work changing the setup. I started the second session. The car felt solid. We made a few changes, and I jumped up to 2nd. We decided not to put on new tries and just work on the setup. We were pretty happy with the balance at the checkered of that practice session. I think we slid back to the 5th.

Saturday started out wet, which as it turns out is good for our Lexus RCF-GT3 racecars. We were 1-2… Moving into qualifying, conditions were changing from wet to dry. Sage would have the honor of qualifying. There were slight puddles here and there, but overall the track was dry.

Everything was going well and our times were coming down. Both the #14 and Team car #15 were looking good. All of a sudden, Jack in the #15 car spun and lightly hit the rear of the car on the guardrail. Fortunately, he was able to continue. Then in exactly the same spot, the same lap, Sage did the same thing. Spinning, but this time hitting the front of the car… hard bringing out a red flag which would mean the #14 car would be starting the race from the back of the pack. Three damaged tires and a tore up racecar. The team went to work. By 11 pm that night they had the car all back together and ready for the early warm-up before the race.

Since we were starting at the rear, 17th place, we talked through numerous strategies Saturday afternoon. We needed to gamble and gamble smart.

The warm-up was ok, not great. We rushed the car back to the garage for some final adjustments before the race. Time was short… the team readjusted the car after the heavy damage from the previous day and rushed it out just in time for the mandatory recon lap.

The green flag flew just after 10 am, and we were racing. Sage did a good job moving up at the start. 16th then 15th then 14th. Midway through the first stint, we were up to 11th. Even though we were faster than the car running in the 10th, we didn’t have quite enough to get by them. Our first gamble was about to happen, pit early and get into the clean air, which we did. Sage came in, hit his marks, and the team filled the tank. Go! Go! Go! And we were back racing. This worked out well.

Roughly 50 minutes had gone by, and we were slowly making our way to the front. 9th,8th,7th …

Time for a driver change and my turn… Sage came in, hit his marks, jumped out, and I jumped in. The team did their job of a full load of fuel and four new tires. Go! Go! Go! I was off…

The balance of the car was pretty good, and I went to work moving up the field, 7th then 6th then 5th. All was going smoothly, and the 50-minute fuel window went by in a flash. I pitted, and the team went to work. The fuel fill takes forever… 35 sec. Well, sitting in the driver’s seat feels like forever! Go! Go! Go! I finally hear through the radio, and I’m back on track.

Midway through the next stint, a yellow came out due to a car going off hitting the tires in Turn 8. They finally got him going again, and as he “hobbled” back to the pits the #31 and I passed him. Same as I have always done when a car bringing out a yellow slowly makes his way back to the pits. Well as it turned out, IMSA decided to give me a drive-thru penalty for this (but not the #31).

I believe that was a terrible decision on their part. In all my years of racing, I have never, ever experienced this. Ever!! We challenged it after the race, and the race director told us I should radio into the team, who could then IM, him (the race director) to ask for permission to pass…. What!?!!? That makes absolutely no sense to me at all. Extremely frustrating, to say the least.

Regardless, I had to shake that off and get back to racing…

We continued making our way to the top. With pit stop rotation, we made our way to 3rd then 2nd then 1st. Our car was running strong, and I was able to lead my first laps this season in the Lexus RCF. It felt good!

After three stints in the car, it was time to put Sage back in to finish it off. I came in, hit my marks, and jumped out. Sage went to work. Again, with the pit stop rotations, we slid back to the 10th. In the closing stages he worked into 9th, then 8th, then 7th. Time for our last stop… Sage came in and hit the marks. 35 sec later he was spinning the rear tires heading back into the thick of it.

He slowly made his way into 5th, with our team car on his tail. The #15 car was running slightly faster lap times, so in true team spirit, Sage let him pass to see if he could move farther up in the field. As the checkered flag came out, it was the #15 in 5th and the #14 in 6th. That was the fourth 6th place finish for the #14 this year. It was a strong race for both Lexus cars.

Home for a day and then a quick turnaround for the next race in Mosport, July 7, 8, and 9.

Hope you all have a safe and wonderful July 4th Celebration.

Proud to be an American!

Here is Scott, on his vineyard 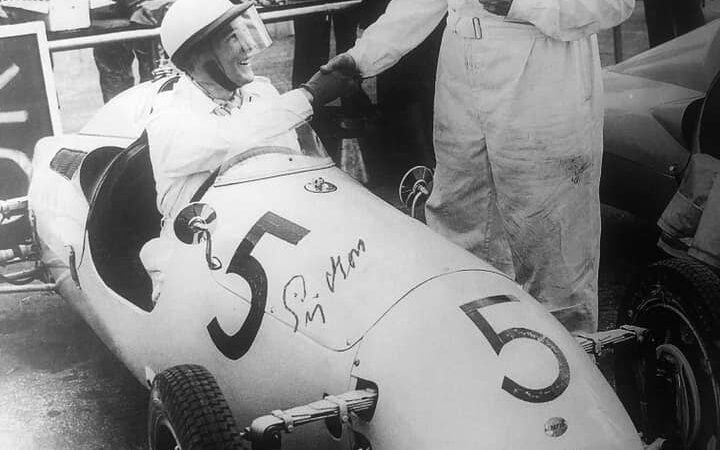