As families look for places to go and events to attend for their Summer vacation, we have started compiling some local art and auto shows. These shows are small, intimate events that provide a relaxed atmosphere to languish around a rare, vintage or art deco vehicle or become part of a tour to aid in a charity cause.

Golden Gate Ferrari Festival – Will take place on Saturday, September 10, 2016, at San Francisco’s Civic Center Plaza Park. If you are a lover of Ferraris, this is your auto show. 400 Ferrari’s on display at the City Hall area in San Francisco – the first registrant is a unique 1955 Ferrari 500 Mondial Series II Scaglietti Spyder!

The event benefits the Greater Bay Area make-a-wish foundation. On the Golden Gate Ferrari website the story is told, “In 2013, Make-A-Wish Greater Bay Area drew international attention for granting the wish of five-year-old leukemia patient Miles Scott to become “BatKid.” With the help of over 20,000 volunteers, the city of San Francisco was transformed into an elaborate production to provide Miles with an unforgettable experience that was documented in the feature film “Batkid Begins: The Wish Heard Around the World.” 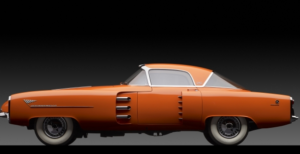 Bellissima Y’all! Bellissima: The Italian Automotive Renaissanceruns from May 27–October 9, 2016, at the First Center for Visual Arts in Nashville, TN.

My good friend, Ken Gross, and automotive extraordinaire is guest curating this event. Some of the most amazing Italian vehicles will be on display;

Rolling Stones’ Mick Jagger just missed being part of the 1920-1940s Art Deco era, but he would love the Rolling Sculpture Art Deco show happening now at the North Carolina Museum of Art.

Decorative, elegance, exhibitionist are adjectives that describe the Art Deco period. Some of the great Art Deco pieces you can see are the Chrysler Thunderbolt, Henderson KJ Streamliner, 1930, Peugeot 402 Darl’mat, 1936, and a beautiful BMW R7 Concept Motorcycle, 1934. 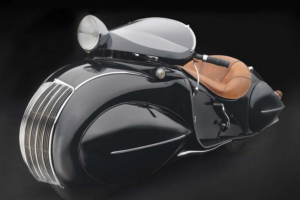 Texas is fast becoming the State of choice for businesses. It’s only fair Texas gets its share of great automobile museum shows. This show ends in a week, so get there fast. The Museum of Fine Arts, Houston has a Sculpted in Steel ArtDeco show that showcases fourteen cars and three motorcycles, along with vintage images and videos.

2016 “Danville Charitable Organization of the Year,” the Danville d’Elegance Foundation

This charity auto show speaks to my heart. My father spent the last years of his life in misery from Parkinson’s disease. The 12th Annual Concours Danville d’Elegance is looking to surpass the $2 million already raised to benefit Parkinson’s research and patient care. There’s a scenic drive with lunch, an auction, and a dinner at the Blackhawk Museum over the September 17 – 18, 2016 weekend charity benefit. The Concours on the streets of Downtown Danville is on that Sunday.