The argument for ZEV vehicles in California

I was having a discussion with an acquaintance recently about zero emission vehicles and the how dirty the Fresno/Bakersfield area is.

He rightly noted that transportation is light-duty vehicles are just a fraction of the emissions in those counties. He said he was not making a case for either Electric Vehicles nor hydrogen, and said he would leave that for others. He did say he was making a case against ZEVs as it’s just about the most expensive strategy per tonne that could be introduced.

The social cost of carbon is about $40/tonne reductions from ZEVs are about $600/tone when compared with the internal combustion engine. I contacted the Environmental Protection Network (EPN) and asked if they have any info on why CARB should be saying all light-duty vehicles should be zero emission vehicles.

He noted that the folks at California Air Resources Board (CARB) would be a much better resource on California-specific and Bakersfield/Fresno-specific issues. However, he went on to say,

* No one is arguing that we should require 100% ZEVs immediately–in fact, the State of California is currently part of the National Program that requires year-by-year improvements in greenhouse gas emissions that are currently being met almost exclusively by cleaner and more efficient gasoline vehicles.

* In addition to its participation in the National Program, California has also adopted a state ZEV program that is slowly requiring increasing sales of ZEVs year-by-year, but these requirements can be met by automakers selling a fraction of ZEVs.

* In the long run, California air quality experts believe that ZEVs (EVs and fuel cell vehicles (FCVs) are the only way that the state can continue to grow and still meet air quality and climate change goals, and that is why they advocating for a full-scale commitment to ZEVs in the long run.

* Most automakers agree that ZEVs are the only way to maintain personal mobility, economic growth, and air pollution goals in the long term, and in fact automakers as varied as General Motors, Volkswagen, and BMW are all making massive investments in ZEV technologies.

* The $/tonne GHG cost-effectiveness values are very subjective. These values are very sensitive to the price differential between gasoline vehicles and ZEVs, as well as to the price differential between gasoline and electricity/hydrogen. The $600/tonne value is extremely high and must assume very high ZEV costs and no fuel savings. But, battery and EV prices are dropping every year, and EVs owners spend less on electricity than gasoline vehicle owners spend on gasoline. Most automakers expect ZEVs to continue to drop in cost, and at some point, they will be cheaper to operate, on a life-cycle basis, than gasoline vehicles.

**** EPA alumni Dan Reich, Trish Koman and Jeff Alson, members of the Environmental Protection Network and Save EPA Ann Arbor, testified at the Fresno and Dearborn hearings on the proposed rollbacks to fuel efficiency and greenhouse gas standards on Monday, September 24 and Tuesday, September 25, respectively. 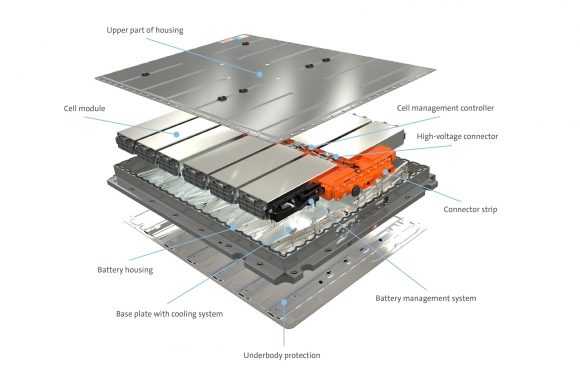 Battery Power will drive the future of cars