Auto loans are at an all-time high, up year-over-year to $1,108 TRILLION for the first quarter of 2018, according to Experian. The good news is that the deep sub-prime and sub-prime have reduced year-over-year. Deep subprime, is defined as a FICO score below 300-500 by Experian, and subprime is a FICO score of 501-600. 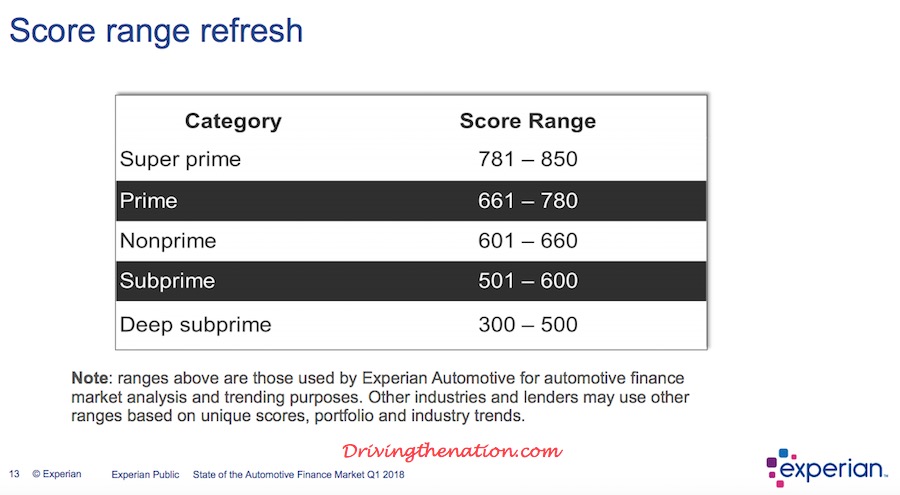 The good news is that 30-day delinquency rates have started to improve, meaning that people are beginning to pay on time. The highest rates of delinquency remain in D.C. and the Southern States.

The 60-day delinquency rate has not started to improve overall on a year-to-year basis. Thirty days you can understand being late, you just forgot, or it got lost in the mail, or your dog ate it – plenty of excuses, I mean reasons. Sixty days late is getting on, and the credit score is going to go down. You would think that the same states that are 30-days behind are 60-days behind. While they are still the same Southern States, they are not in the same order. Which States are the worst in 60-day auto loan delinquencies? 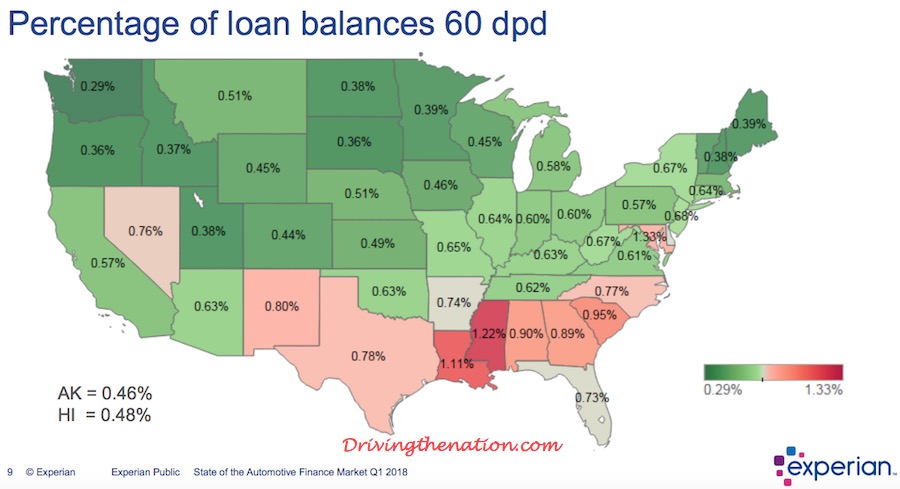 Texas and North Carolina are both cleaning up their act in the 60-day delinquency area. Keep up the good work Texas!

Georgia and Alabama are in a race! Just a 1/10th of a percentage point put Alabama higher than Georgia in delinquencies. I’ll bet if just one family had paid in the 30-day rate Alabama could have been sixth in the rankings instead of fifth.

South Carolina, Louisiana, Mississippi and Washington D.C. all have their work cut out for them. They are the top States in delinquency for 30-days and 60-days. With auto manufacturing in the South, I’d like to see those delinquency numbers come down.