Top foods to eat or store in your car

So much food, so little time – Top foods

The Winter Fancy Food Show #WFFS2017 just wrapped up in San Francisco, CA. Two halls of new food and old delights were on display at the Moscone Center. What are some of the foods that are best to eat in the car? A group of five taste testers was given the task of tasting every food and ranking them.

Some of the foods won’t make it; as good as the chocolate cabernet syrup was, it’s not good in the car. Trust me, we tried. The Montamore Sartori Cheese made in Wisconsin had such a full-bodied taste that all of us would eat it in our car, but we were looking at foods that were packaged for eating and storing, in case of emergency, in a car.

We didn’t name anyone’s product as the highest or lowest of the top ten; we liked them all and many for different reasons. We did register if it was vegan, gluten-free, natural, organic, able to keep you awake or an item that you can keep in your car in case of an emergency.

Our first unanimous pick was coconut chocolates from Dubai. Almond, inside a date, dipped in chocolate, rolled in coconut. It’s just the right amount of texture and taste. It’s great with tea or coffee and can stay in the car for about a year.

I’d like to say that all five of us were in agreement about the licorice, but it was gone before some got to try it, it was that good. The Lucky Country berry is made in the USA was good, but to die for was the ever moist Australia’s Darrell Lea in either Strawberry or Blueberry & Pomegranate flavor.

Yeah, it’s a lot of sugar, but as the saying goes, you can’t eat just one. The expiration date is about a year.

Marich Chocolates – First, let me say, there wasn’t a single pack of chocolates that we didn’t like. Picking my favorite was a surprise; usually, I would go straight to the salted nut caramel anything, but the one chocolate goodie that was my favorite was the salted caramel popcorn in milk chocolate. I don’t know how Marich can make popcorn-covered chocolate still taste so crisp. And so good. It was addicting! I wouldn’t keep these in the car for emergency purposes, one because they would melt, and two because they wouldn’t last that long if I knew they were in the glovebox.

What’s interesting is that one of the tasters, Stretch, doesn’t like coffee, won’t drink it at all, but he loves the chocolate-covered espresso beans. Go figure.

We mixed in some Maisie Jane’s California Sunshine all-natural dry roasted almonds, just to cleanse our palette. Vegan, gluten-free, all-natural, and great to keep in your car for emergencies as they have a long shelf-life.

The candy bars are easy; great to throw in a glove compartment in the wintertime. Getting stuck in traffic is bad, getting stuck without food and water is harder.

Divvies Chocolate is slim and easy to throw in the glove box. The crispy rice crunch played well in my mouth with the Tamari almonds from California.

Each year the Fancy Food Show picks local gourmet chocolate to partner with the city. This year it was Poco Dolce that partnered with the Fine Arts Museums with new artisanal chocolate bars. The new packaging will showcase artwork on the candy bars that celebrate the special exhibits at the de Young Museum and the Legion of Honor.

Fire up the fire corn popcorn! You’re taking a flight if you eat this, I’m warning you now. We met Ret. Lt-Colonel Greg Anders in his jumpsuit. Stretch is a homebuilt pilot, Anders is a fighter pilot, so they got along fabulously, talking planes and airports and museums right away. Anders served in the Iraqi freedom; he has flown on the wing of Colonel Bud Anderson. His father was part of the Apollo 8 mission. Stand-up guy, stand-up family.

Anders told us how when the guys would come back after their mission, they’re debriefed, and they like to have something to cold to drink. What goes better with a cold brewski than some hot, hot fire corn popcorn? Seriously, hot. Seriously, jalapeno hot. It will keep you awake while driving, that’s for sure.

Make sure to have something cold to drink.

Wild California uses an intense ginger flavor meshed with the sweetness of apricot and nuts creating a chip that snaps into chewy goodness.

Breaking news thedailycrave.com brought out some new and old favorites. Vegan Lentil chips with pink Himalayan salt or aged white cheddar. Both are kosher with no sugar added.

For a gluten-free vegan chip try the veggie chips. You can taste the vegetable on the chip.

More extreme are the vegan raw, gluten-free frozen fruit chips. Our favorite was the strawberry by Natierra. We all thought the mango would taste better if they were ruffled and ridged with a little sea salt on them. A great secondary idea would be to save them for the winter and use them in smoothies. A mango smoothie in the winter is a little ray of sunshine in your day.

John Wm. Macy’s combines crunch and flavor. The favorite by far was the Asiago Cheddar. What makes these little crackers special is they are sourdough. Who doesn’t love sourdough and cheese and red wine…the cheddar rosemary came in second. The chipotle and cheddar sourdough was good, but we should have had some chili with them.

Vacaville fruits and nuts have been around since 1960 and have gotten their dried fruit down to a science. Wholesome and good for you, they can also create gift baskets of goodies. Contact them at vacavillefruit.com or 800-752-2535.

Simple beef jerky is so passé. Even plain turkey jerky doesn’t cut it; please pass the honey Dijon turkey jerky or the hickory-smoked turkey. Country archer’s gluten-free jerky is served in packages you can keep in your car for a year; teriyaki or original is good, but if you need a kick to stay awake try the sriracha, sweet jalapeño, crushed red pepper, or mango pepper.

All-natural all delicious some hot.

Another all-natural jerky with added taste is the pure provisions. Tasty and spicy to keep you awake while driving goes to Jamaican style, sweet and tangy goes to the orange ginger, and then there is the stand-alone savory five spice. All can be kept in the car for a year if you don’t eat them first.

Natierra has a twofer; goji berry duo. The plain chewy goji berry with a chocolate-covered goji berry. Eat separately or together with hot coffee or red wine; they are so versatile. Just like its name says, it is part nature part earth; superfood that is good for the soul.

We’ve mentioned foods that you can eat that we think will keep you awake, mainly because they are shockingly hot or sweet.

Besides eating chocolate-covered espresso beans, you can bring tea or coffee in the car. Heck, some vehicles have ten cup holders just for that purpose!

You have to love a bag of Boyd’s coffee from Portland Oregon. The French no 6 was a medium blend with a subtle aroma.

For brashness go straight to Kimbo Espresso Italiano. Rich, full-bodied, it smells like it tastes.

If you’re a tea drinker, you expect a box of tea with flowers and pretty colors. Builders look more like a strong coffee box, but it is a strong black cuppa tea that delights the real tea drinker.

A tea surprise was tea India. These teas are flavored with masala, cardamom, and a latte that can be thrown in your glove compartment. The crazy good taste I am told they taste as good as a chai tea latte made at your favorite coffee shop.

A sustainable artisanal tea is the African Chai, from Justea. As Stretch noted, it’s not the sugary sweet Chai, a more delicate chai taste.

If you’re interested in a drink, just quench your thirst try some of Lori’s original lemonade – get it – LOL! Started as a lemonade stand with Lori’s children this mom has created lemonade with a hint of lavender, ginger, or lemongrass in a plastic or glass container.

An emergency kit for the car

Many of the foods in previous posts can be stored for a year, but Wild Planet can be stored in your car emergency kit for two to three years. Packed with calcium, protein, and Omega-3 Wild Planet packages are harvested with sustainability in mind. The products produced in packages easy to store are; Tuna, Salmon, Sardines, Anchovies, Mackerel, Yellowtail (Hamachi), Shrimp, and Organic Chicken. 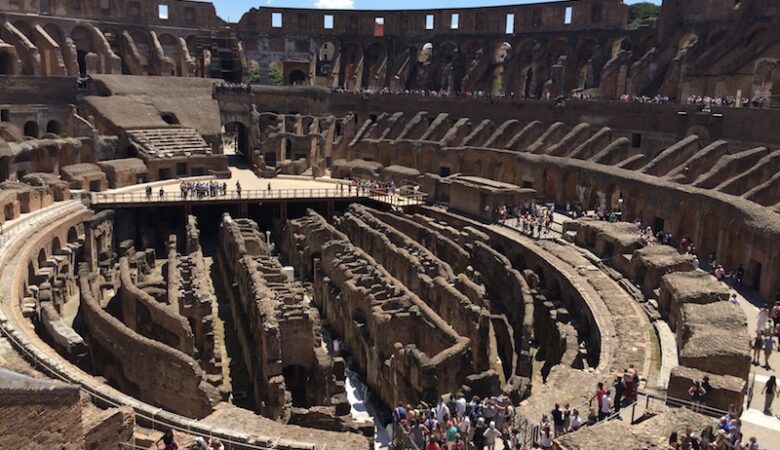 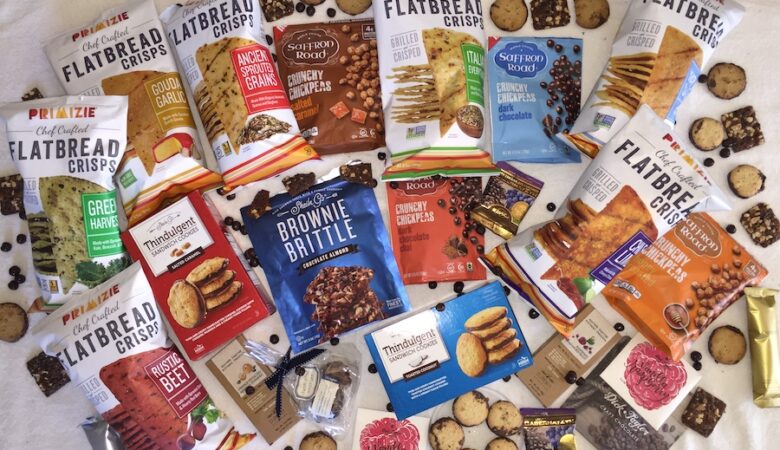 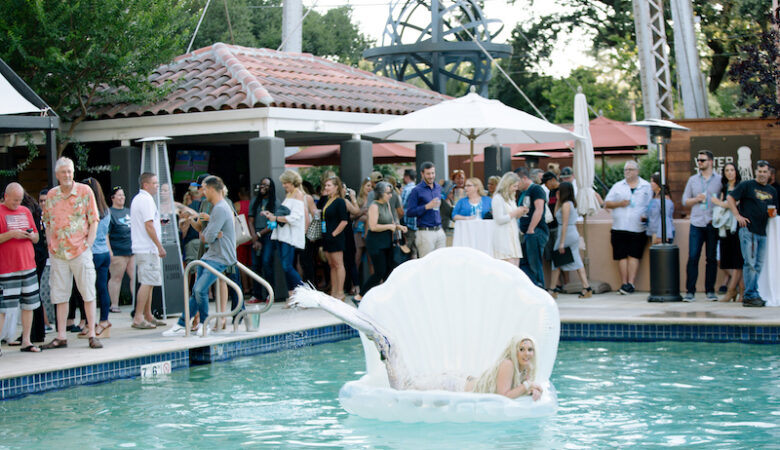 The hottest pool party in the Wine Country 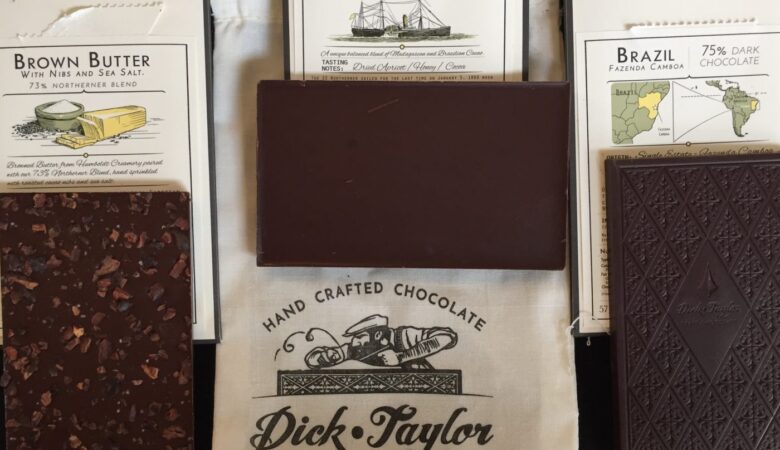