Toyota supplies mobility for all at 2020 Olympics in Japan

If you want to know what the future holds for Toyota’s autonomous vehicles, look at their robots. Toyota Motor Corporation (TMC) is the worldwide partner of the Olympic and Paralympic Games. “Mobility For All” is the 2020 Olympics in Tokyo, Japan. Tokyo 2020 will host the XXXII Olympic Summer Games, Jul 24 – Aug 9.

Toyota has had a robot division in Japan for decades. In the past five years or so, they have evolved from manufacturing to human assist robots. USA-based TRI made the T-TR1 robot in the US. The rest of the robots came from Japan. Toyota has many alliances, joint ventures, partnerships for the autonomous vehicles they are creating, but these robots are all made in-house. 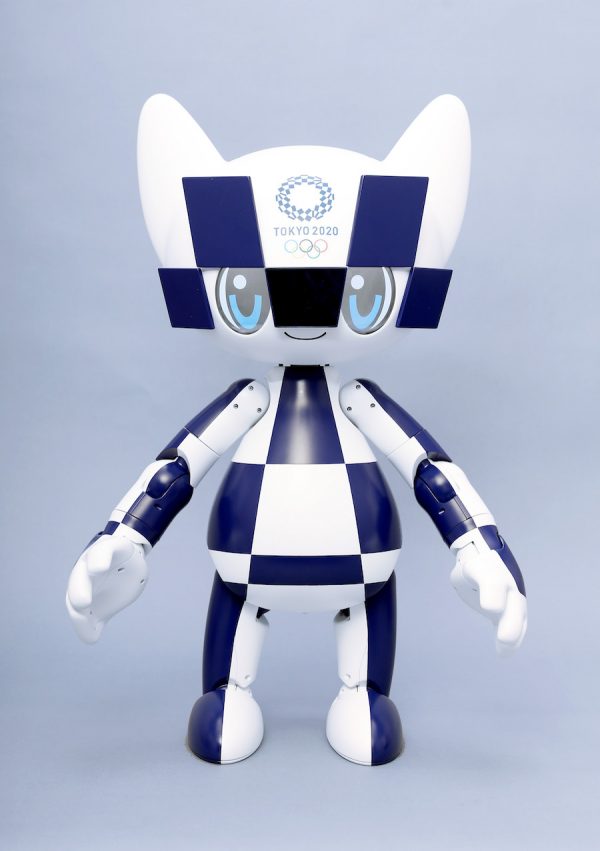 Don’t just look at the five robots, but at what they offer in technology for the future. Look at what Toyota can gain from bringing out robots to an event filled with people. People are spontaneous; their eyes move one way, but their body moves another way. What little perception can be learned by these robots that can create a better autonomous vehicle? What are the five robots Toyota is bringing to the Olympic Games in 2020?

First up are two cute and cuddly robots based on Tokyo’s official Olympic mascots, Miraitowa and Someity. These blue and pink big-eyed bots look like a cross between Hello Kitty and R2D2. And who doesn’t love either of those fictional characters? It’s essential to make robots adorable, not scary-looking. 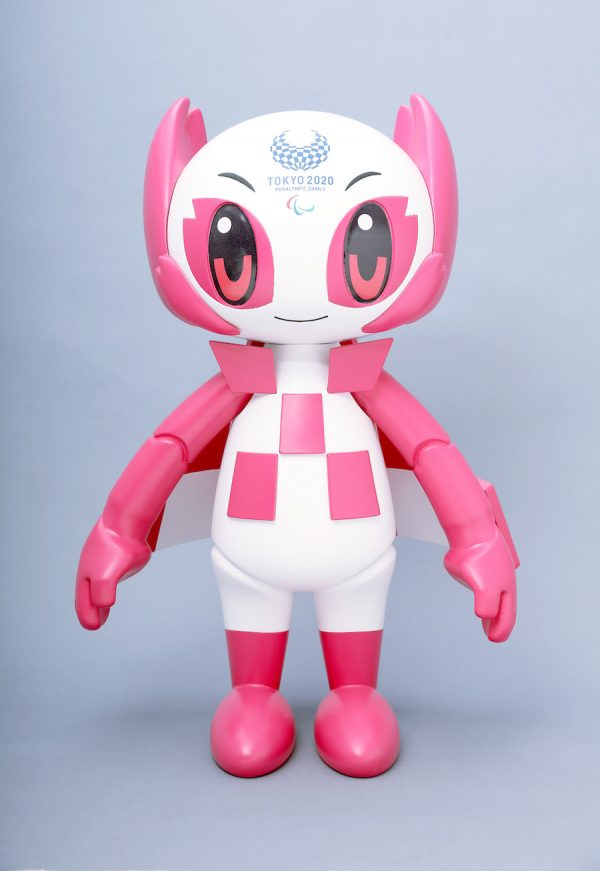 The mascots will welcome all the patrons warmly into the Olympic Park. Just like at Disneyland, the robots will be out front greeting people, having their pictures taken with Miraitowa and Someity. Miraitowa and Someity will have arm movements via a remote-location robot. Through a camera mounted on the robot’s head, it can recognize people nearby, and once recognized, use its eyes and body to respond in a variety of expressions. I remember when I was at Disneyland and Goofy looked up, made eye contact, and came over like my best friend! The robot will be equipped with miniature joint units (think double-jointed) across its entire body, giving it great flexibility. I can’t wait to see Someity waving Hi, and giving five-highs while Miraitowa breakdances with a little Gaijin.

We always hear of automobiles accessing information, downloading information into the car, to help guide vehicles autonomously. What about uploading information? How do you make it more of an event than watching television? Toyota will provide the technology for guests in remote/distant locations that are unable to be physically present to interact with athletes via the T-HR3, T-TR1, and Mascot robots. 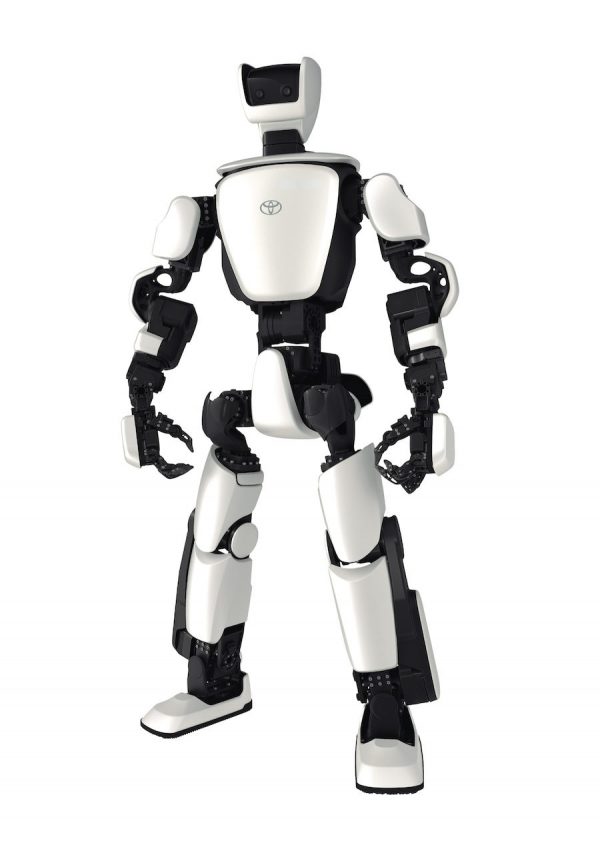 Imagine being a young girl that studies gymnastics watching Simone Biles in Japan as she goes for the most decorated Olympian in history. By providing images and sounds remote, the young girl at home will experience the technology of feedback. Allowing her to converse with and high-five athletes will show her the advantages of remote access. The ability to be real-time up-close interacting with the star is something television can’t give you.

The ability to talk to a person in automobiles is a technology that is already in cars. Think of On-Star with General Motors vehicles. Will the next access be allowing the person on the phone to see you after an accident to access you? 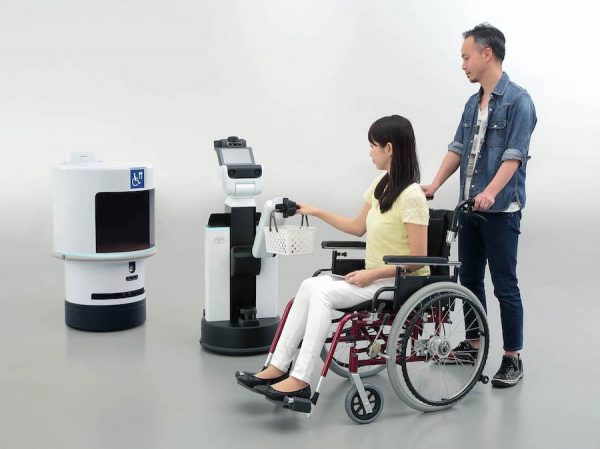 Toyota has spent millions of dollars, even having contests, to design mobility so that disabled people can live a fuller life.
There are over 65 million people worldwide that are in wheelchairs, and just like the rest of us, they like to get out and see the world. Toyota is making it easier to go to events. The Human Support Robot (HSR) can run interference through groups, showing the person the way to their seat. The Toyota Human Support Robot will bring them their meals, and beverages, helping them to enjoy the event more freely.

Peanuts, get your peanuts! If you go to a game today you will still see people hawking their wares; peanuts, popcorn, soda. Toyota has created a tablet that you can order from and the Human Support Robot (HSR) and Delivery Support Robot (DSR) will take the order and bring it to you. At track and field events, with approximately 500 seats during the Olympic Games and another 500 for the Paralympic Games, the robots are anticipated to serve over 1,000 spectators that require mobility assistance.

Moving the Games along with the Field Support Robot (FSR)

The javelin throwing event is a perfect example of where a robot is handy. Taking into account the optimal route to travel, the FSR will follow operating staff on a path that avoids obstacles while retrieving the javelin.
The goal is to reduce the time needed to retrieve items and the amount of staff labor for the events.
Toyota and Tokyo 2020 is working with the International Association of Athletics Federations (IAAF) in developing the FSR for the Tokyo 2020 Games. 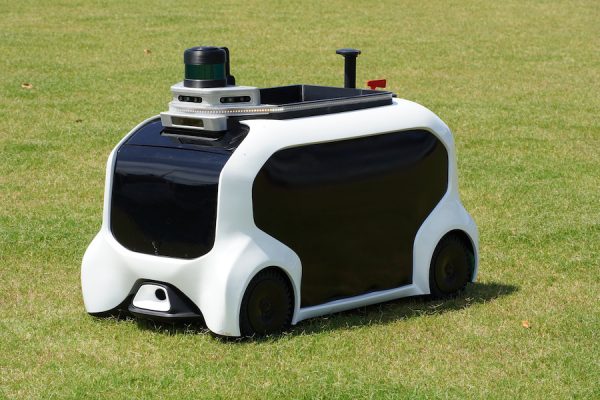 Moving the Games along with the Field Support Robot (FSR)

Nobuhiko Koga, Chief Officer of Toyota’s Frontier Research Center, said: “At Toyota, we use industrial robot technology for a variety of applications based on our dedication to supporting human life activities and living in harmony with people.
For example, since 2004, we have developed partner robots focused on support for people unable to move on their own, including the aging population. Now, as we transform into a mobility company, we are expanding our robotics efforts to provide all people with the freedom to move.

Listen to the John Batchelor radio show as we talk about Toyota and the robots that will be at the 2020 Olympics in Japan.

‘Mobility for all’ is not only the ‘physical’ movement of a person or thing from one location to another, but also includes ‘virtual’ mobility of a person. This provides further opportunities to experience new things, meet and interact with others, or to be ‘moved’ emotionally. At Tokyo 2020, we want to capture the imagination of spectators by providing support robots as we do our part to make the Games a success.”

Whether you are at the games or experiencing them remotely, the worldwide partner of the Olympic and Paralympic Games has a robot that will support mobility at different locations and venues. How important are robots in the future of Toyota? Silicon Valley-based venture capital firm Toyota AI Ventures (TAIV) today announced Fund II, a new $100 million fund dedicated to investing in early-stage startups developing disruptive technologies and business models in the autonomous mobility and robotics markets.

“Auto manufacturers must participate in the startup ecosystem to stay ahead of the rapid shift in the auto industry,” said Jim Adler, managing director of Toyota AI Ventures. “Investing in startups creates long-term relationships that help Toyota explore the latest innovations in mobility.”

There will also be about 200 Accessible People Movers (APM) that look a little like the e-palette that was shown last year at the Consumer Electronics Show (CES).