Twelve-year-old Cameron came to visit me this week. Like most young boys, Cameron doesn’t speak much unless you ask them a direct question, or you want to talk about cars.

Cameron didn’t like the look of the Honda Ridgeline. I queried him because that is a powerful statement for a young kid to make; It looks like 1/2 car, 1/2 truck. Cameron, that pretty much describes the Honda Ridgeline. He liked the ride; it rode like a car, but we stacked everything we could in that Ridgeline at Home Depot.

Toyota will love it that Cameron thought the Prius looked like a sportscar. I still love that little car and drove more miles in it than the Accord hybrid or the Malibu hybrid; on highway and city and got a combined mpg of 55.6 on a $33,000 four-door sedan.

The one-vehicle Cameron wouldn’t buy was a minivan. I think that opinion has to do with his father telling him he didn’t want to drive in a soccer Mom’s vehicle. That, and he would rather have a hand-me-down SUV in four years instead of a minivan. I told Cameron that he needs to ride in a new minivan before he can make that decision. He just shook his head, no way I was going to change this little kid’s mind who adored his Dad. I’ll have to work on the Mom :)

Happy Birthday, Cameron. Your parents love you more than you will ever know. 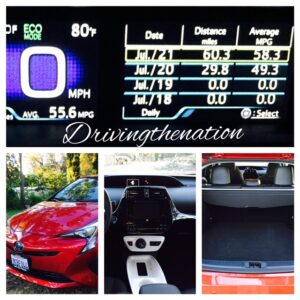