It will be over 100 degrees today in Auburn, Calif. If you have people or animals, in the back of the vehicle it tends to be warmer. Bring water and treats. Park in the shade if you can. Lower the windows 1/2 an inch if you are in a safe neighborhood. And don’t forget to put your meats and frozen items in a cooler on the way home from the grocery store. You don’t want to eat spoiled food.

The Volvo XC 90 T6 AWD is powered by a 2.0-liter super and turbocharged direct-injection engine that can extract 316 horsepower and 295 lb-ft of torque. It is mated with an 8-speed Geartronic automatic transmission with start/stop.

The T6 gasoline version is EPA rated at 20 city/25 highway miles per gallon (mpg). My mpg was right in the middle of those two numbers. 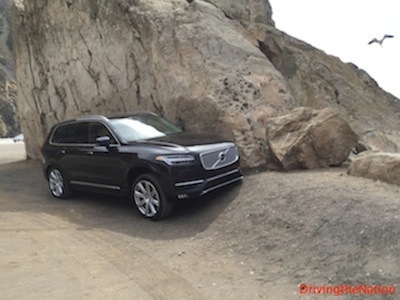