This week I went to Boerne, Texas (think San Antonio) to drive the all-new Volkswagen Atlas. Even though it has a Greek name (the third time VW has used a Greek mythology name), it is not a myth any longer.

If you happen to end up in Fredericksburg, Texas stop by the Vaudeville store and restaurant. Chic and delicious!

I also drove my beloved Chrysler Pacifica minivan plug-in hybrid this week at home. Benjamin, the owner of the gluten-free bakery, New Dawn, stopped me on the street. He ordered the exact minivan I was driving and was told it was on backorder. He wanted to know if they were starting to ship them yet. They already own a Nissan Leaf but need a bigger vehicle for bigger orders and their growing family. So quintessential California :) 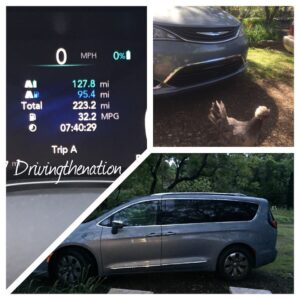