Why Tesla has already succeeded

I had dinner the other night with a wealthy car collector. Whether this person talks about cars or politics, it is done with passion.

At one point in the dinner, the conversation turned from politics to cars. He told me he owned a Tesla, an all-electric car initially owned by very wealthy people, now trickling down to the working class wealthy. There was futility in his voice as he described what should have been the love for a car, “I bought the car, but I sold it. It was crap. The car kept breaking down.”

He started talking with his hands, his face full of exasperation as his arms went straight up, “I don’t think Tesla will make it.” I retort that Tesla has already made it, that they have made a difference. My friend stops. His arm comes down and he points a finger at me like a flash of understanding and agreement comes over his face. You are right he says.

Trickle-down economics started in the stock market for corporations. Stockholders demand that corporations follow suit and do not reward stock prices until the corporation does so. The stockholders know that the underlying difference is the energy source, whether it is a sports car or a functional SUV. Wall Street has a new segment of investors that carry picket signs for their cause and invest as stockholders.

Was Elon Musk sending a Tesla Roadster into the heavens a publicity stunt or a subliminal statement that Tesla’s work here on earth is done? Say the Catechism if you want, but the movement has started. It is a movement of Network proportion, of hanging out a window and shouting Dammit, I’m mad as hell, and I’m not taking it anymore.

It is the acknowledgment that we are fighting a war that we cannot change with oil, scouring a world that can’t be altered. If you see the frustration from the mass shootings, it is only one underlying anger. There is another anger in knowing that we had sent young people to war when what we were protecting was oil.

What is the life of a child worth?

We sent them in the name of peace, while at home we fight over raising the miles per gallon of a car.

It is a slow process, but generations do change. In our generation tobacco was the NRA. No one thought that they would ever be defeated, but they were defeated, and they haven’t come back.

It is the Parkland students taking over because the old people can’t break through the glass ceiling of the NRA.

What is the life of a child worth?

To my dear Emma, Sail on Silver girl, your time has come to shine. All your dreams are on their way. 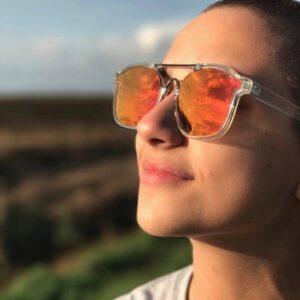 Tesla has succeeded whether they make it or not.